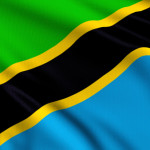 Since Tanzania’s independence from Britain in 1961, public education has been bilingual, beginning with Kiswahili – known as Swahili in the West – in elementary school, and switching to English from high school to university. President Jakaya Kikwete and his administration have launched new education guidelines that will make only Kiswahili the language of instruction from primary school to university level.

English classes will still be available as foreign language credit, but the main language of instruction will be Kiswahili, making Tanzania the first sub-Saharan African country to conduct education on a national scale in an African language. Atetaulwa Ngatara, the assistant director for policy at the Ministry of Education and Vocational Training, commented, “To think that learning in English will lead to students communicating in English is wrong. Communicating in English is something else, which has to do with language studies.”

Some regard this as a bold assertion of cultural self-affirmation. Although Tanzania is home to over 130 languages and cultures, Kiswahili emerged from various ethnic conflicts as a uniting force and a means by which the country has created a collective identity. However, in addition to cultural identity, the new guidelines hold practical implications for education reform. Kikwete hopes to bring some clarity to a bilingual system that has left students confused and not necessarily proficient in either language. The policy aims to provide consistency in text and reference books throughout both public and private schools. “It’s impossible that every school uses its own reference book when the final examinations are the same,” said President Kikwete, “How do we expect students to pass in these conditions?”