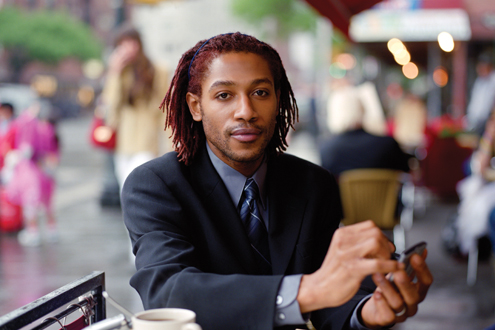 Following last month’s feature on the resurgence of interest in French in the U.S. (“La Renaissance,” May 2013, pp 31), here’s the hard evidence — a selection of French teaching jobs in New York.

French-English bilingual programs in New York City’s public schools are growing. The programs were developed not only to serve the French families who had initiated after-school programs, but also to meet the needs of a growing number of diverse francophone immigrant children who are emergent bilinguals, better known as English language learners. Also, more and more non-French-speaking families are signing up for these high-quality programs.

The Clinton Hill School — Brooklyn
The Clinton Hill School, PS 20 in Brooklyn will be opening a French dual-language Kindergarten class in September 2013. We are looking for exceptional candidates to start this French dual-language program. Our school is located on 225 Adelphi Street in the heart of Clinton Hill Brooklyn. The French dual-language program will open with one kindergarten class of 24 students: twelve francophone and twelve anglophone or speakers of other languages. PS 20 is seeking to hire a teacher with New York State certification and American citizenship and/or permanent residency who is fluent in French and English. Send resume and cover letter in English as well as a French writing sample to Ms. Lena Johnson-Barbera, principal, at [email protected] (include “French Teacher” in the subject of the email).

The Monitor School — Brooklyn
PS 110, located in historic Greenpoint, Brooklyn (next to bustling Williamsburg), is seeking a qualified French bilingual teacher to teach the 2nd grade during the 2013-2014 school year. We are seeking the right candidate to join the dedicated and experienced staff of PS 110 as it grows its French department each year. PS 110 launched its French dual-language program in the fall of 2011 with a kindergarten class. This first cohort of students is currently in the first grade and will move up to second grade in the fall of 2013. Both anglophone and francophone students in the current kindergarten and first grade classes are progressing well in their English and French studies. Due to our commitment to educating the whole child, all students at PS 110 receive Common Core Standards academic instruction, nutrition, computer classes, Italian, play, enrichment, and character education in small class settings. Students receive visual art and music instruction throughout the year in addition to supplemental art residencies such as flamenco, Mark Morris movement, drumming, musical theater, ballroom dance, and drama through Shakespeare. French dual-language classes are instructed in French in the mornings and in English in the afternoons. All classes participate in all school programs and are part of our close-knit learning community. Applicants for the French classes should be New York State certified in elementary education and possess a bilingual extension or be in the process of obtaining a bilingual extension, as well as be fluent in French. Take a virtual tour of the school at www.PS110k.org. Interested and qualified candidates should send their resumes to Dana Raciunas at [email protected]

The Carroll School — Carroll Gardens, Brooklyn
We are seeking a highly qualified, fluent French-speaking teacher for the 2013-2014 academic year. PS 58 started a French dual-language program in September 2007 with 24 students. The program has since expanded as a result of its success and growing demand from French-speaking families in the neighborhood. This dual-language program is a bilingual (or immersion) program where instruction in all subjects happens in both French and English. In each classroom, 50% of the students speak French at home. The other half speaks English or another language at home and is developing proficiency in French. By the end of fifth grade, students are able to speak, read, and write proficiently in both languages. PS 58 is seeking highly motivated and enthusiastic candidates to teach in grades K-5. Qualifications required: permanent U.S. citizenship or green card; teacher certification from New York State or another state with reciprocal agreements; fluency in written and spoken French; experience working with children; excellent communication skills; etrong collaborative teaching skills. Qualifications preferred: New York State certification in early childhood, childhood education, ESL and/or FSL; New York State extension in bilingual education-French; knowledge of balanced literacy; knowledge of bilingual education or ESL; three years’ teaching experience in elementary education. Should you have questions about the program or the position, please email Marie Bouteillon at [email protected] Send resume and cover letter in English and a French writing sample to Giselle McGee, principal, at [email protected]

NYFACS — in Harlem
Situated in the heart of Harlem, two steps from Columbia University and from 125th Street, the New York French-American Charter School welcomes students from Kindergarten up to fifth Grade for a French Immersion educational experience. For school year 2013-2014, we are looking for francophone classroom teachers with NYS certification currently or in the process of obtaining NYS certification. We are also looking for NYS-certified English-speaking teachers for ESL, science, and physical education. Teachers at NYFACS need to be motivated, talented in many areas, open minded and preferably experienced in a multicultural and urban school environment. Contact [email protected] to submit a resume and cover letter.