The Bogus Argument to Increase Testing 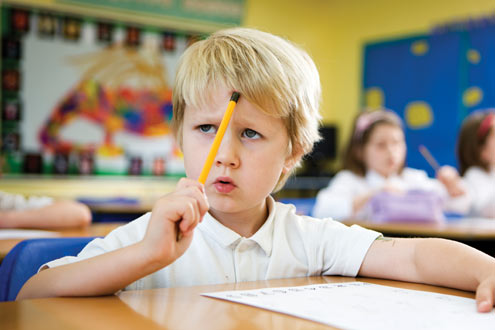 Few people are aware of the astonishing amount of testing the U.S. Department of Education is planning for our children. The Department of Education will require, as before, tests in reading and math near the end of school year but also supports testing several times during the year (interim testing). In addition, the Department is encouraging testing other subjects as well and they recently announced plans to test children before they enter kindergarten.

This is more testing than has ever been seen on this planet, far more than the already excessive amount of testing required by No Child Left Behind.

We are told that all this testing is necessary, because of poor student achievement on international tests, which in turn is due to inept teachers protected by unions and failing schools that were allowed to stay open.

Not so. Studies show that American students in well-funded schools who come from middle-class families outscore students in nearly all other countries on international tests. Our average scores are unspectacular because the U.S. has the highest percentage of children in poverty of all industrialized countries (over 20 percent; in contrast, high-scoring Finland has less than four percent). The major problem is poverty, not teachers and not unions.

Poverty means inadequate nutrition, inadequate health care, exposure to environmental toxins, and little access to books, all strongly associated with lower school performance. The U.S. Department of Education tells us that this doesn’t matter, that school success (measured by improved test scores) is the engine that will cure poverty. Martin Luther King said it was the other way around: “We are likely to find that the problems of housing and education, instead of preceding the elimination of poverty, will themselves be affected if poverty is first abolished.”

Common sense tells us that Dr. King was right: The best teaching in the world will have little effect if students are hungry, in poor health and have no books to read. Research also backs up Dr. King: Correlations between national test scores and economic well-being are low (summarized in Yong Zhao’s book, Catching Up or Leading the Way?); current research shows that increased unemployment results in depressed school performance (http://www.nber.org/papers/w17104), and increased employment is often the result of greater work opportunities (http://withabrooklynaccent.blogspot.com/2011/07/exposing-education-reforms-big-lie-it.html).

An obvious step to take is to protect children from the effects of poverty, by expanding food programs in schools, increasing the number of school nurses and improving libraries in high-poverty schools. The results of a number of studies strongly suggest that providing access to books can make up for the impact of poverty on reading achievement: (summarized in my paper, “Protecting Students from the Effects of Poverty,” available at sdkrashen.com).

How can we pay for improved nutrition, school nurses and libraries? Reduce testing to only what has been shown to be useful. There is no evidence that increasing testing will increase achievement and plenty of evidence that it won’t. The money should be spent protecting children from the effects of poverty. When all our children have adequate health care and access to books, and no child is left unfed, American academic achievement will satisfy the harshest critic.