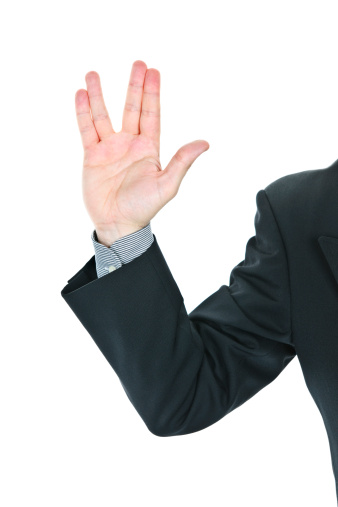 A new study from psychologists at the University of Chicago and Pompeu Fabra University (UPF) in Barcelona finds that people using a foreign language take a relatively utilitarian approach to moral dilemmas, making decisions based on assessments of what’s best for the common good. That pattern holds even when the utilitarian choice would produce an emotionally difficult outcome, such as sacrificing one life so others could live.
“This discovery has important consequences for our globalized world, as many individuals make moral judgments in both native and foreign languages,” says Boaz Keysar, professor of Psychology at UChicago. “The real world implications could include an immigrant serving as a jury member in a trial, who may approach decision-making differently than a native-English speaker.” Lead author Albert Costa, UPF psychologist adds that “deliberations at places like the United Nations, the European Union, large international corporations, or investment firms can be better explained or made more predictable by this discovery.”
The researchers propose that the foreign language elicits a reduced emotional response. That provides a psychological distance from emotional concerns when making moral decisions. Previous studies from both research groups independently found a similar effect for making economic decisions.
In the new study, two experiments using the well-known “trolley dilemma” tested the hypothesis that when faced with moral choices in a foreign language, people are more likely to respond with a utilitarian approach that is less emotional.
The first experiment presented participants with the “footbridge” scenario of the trolley dilemma. Study participants are asked to imagine they are standing on a footbridge overlooking a train track when they see that an on-coming train is about to kill five people. The only way to stop it is to push a heavy man off the footbridge in front of the train. That action will kill the man, but save the five people. In other words, study participants were faced with the dilemma of choosing between actively sacrificing one person, which violates the moral prohibition against killing, or by inaction allowing five people to die.
The researchers collected data from people in the U.S., Spain, Korea, France, and Israel. Across all populations, more participants selected the utilitarian choice — to save five by killing one — when the dilemmas were presented in the foreign language than when they did the problem in their native tongue.
Even with randomizing the participants’ language groups, “those using a foreign language were twice as likely to respond with the utilitarian approach that is more in the service of the common good of saving more people,” said Costa.
The second experiment included a version of the dilemma that is less emotional. In this dilemma, the trolley is headed towards the five men, but you can switch it to another track where it would kill only one man. People tend to be more willing to sacrifice the one man by pulling a switch than by pushing him off the footbridge because the action is less emotionally intense, the researchers note. The language of presentation did not affect participants’ decisions in this dilemma; with either language, the vast majority of people prefer the utilitarian option in this less emotional scenario.
The team evaluated data from 725 participants, including 397 native speakers of Spanish with English as a foreign language, and 328 native speakers of English with Spanish as a foreign language. Keysar says decisions appear to be made differently when processed in a foreign language. “People are less afraid of losses, more willing to take risks and much less emotionally-connected when thinking in a foreign language.”
Co-author Sayuri Hayakawa, a UChicago doctoral student in psychology, says the way we learn the language is key. “You learn your native language as a child and it is part of your family and your culture,” she said. “You probably learn foreign languages in less emotional settings like a classroom and it takes extra effort. The emotional content of the language is often lost in translation.”
“What this study tells us is that moral judgments can be affected depending on whether the language in which it is presented is a native or foreign one,” Costa said. “Awareness of this impact of languages on moral dilemmas is fundamental to making more informed choices.”