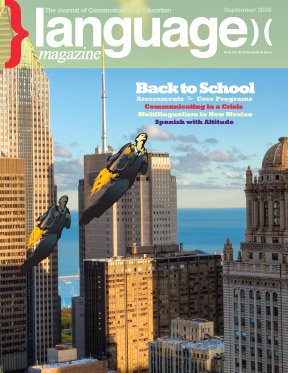 The confirmation hearings for Supreme Court nominee Judge Sonia Sotomayor are affording the American people an invaluable insight into the ingrained prejudices that prevail in our society, as well as the procedural anomalies that assist in their continuance.
Beneath the disturbing questioning of the validity of being a “wise Latina” and Oklahoma Senator Tom Coburn’s puerile and astonishingly inappropriate impersonation of Ricky Ricardo, informing Sotomayor that she had “some ‘splainin’ to do,” there exists an underlying concern that Sotomayor’s interrogators are oblivious to their task of determining whether or not she has the requisite intelligence and experience for the role, and would rather score points by demeaning her. On top of which, there is considerable doubt about the validity of so-called expert testimony which not only undermines these confirmation hearings, but also calls into question the opinions of the Supreme Court itself.
The criticism of the Judge’s statement that her personal experience has shaped her thinking is contrary to the fundamental principle that we should learn from our experiences, but it seems to indicate that education, intellect, and expertise count for little in politics.
These hearings, like most Washington hearings, rely heavily on “expert” testimony but the choice of these experts seems to be based on proving a point rather than a desire for the truth. For example, over the last few weeks, the Center for Equal Opportunity, a small conservative think tank opposed to affirmative action and bilingual education, has been blessed with at least two opportunities to make its voice heard in the highest chambers. Linda Chavez, its chairman, a Reagan appointee, and a political analyst for Fox News, delivered testimony in opposition to Sotomayor’s appointment, claiming that the Judge “made dubious arguments in support of bilingual education and more broadly in trying to equate English language requirements as a form of national origin discrimination.” The organization was also called in to assist the Supreme Court in its decision to side with Arizona officials who said the federal government should not be supervising the state’s spending for teaching non-English-speaking students (Horne v. Flores, see p.9). Justice Alito’s majority opinion cited an amicus brief filed by the Center: “Research on [English-Language Learner] instruction indicates there is documented, academic support for the view that [structured English immersion] is significantly more effective than bilingual education.”
Of course, everyone is entitled to their opinion — Chavez served as president of U.S. English, an English-only organization —and we all know that research and statistics can be manipulated to serve several different points of view, however a Supreme Court Justice has a duty to seek out a balance of research before coming to an opinion, and, in this case, Alito has chosen to ignore the wealth of research which suggests that bilingual education is more successful than English-only.
Our representatives should be the best and the brightest, not simply people who agree with us. We have a President who graduated magna cum laude from Harvard Law School, and deserve representatives in all sectors of government who recognize the value of research, education, and true expertise.
In this issue, like every September, we publish a focus on assessment but never before has nearly all of our news section been devoted to the same subject. Testing has become a very contentious issue and nowhere is it more controversial than in the English language learning arena.
At the same time, the Obama administration has just unveiled the core of its education program. The centerpiece of the administration’s education reform efforts is the $4.35 billion Race to the Top Fund, a national competition which is intended to highlight and replicate effective education reform strategies in four main areas, including the adoption of internationally benchmarked standards and assessments that prepare students for success in college and the workplace. According to the President, “This competition will not be based on politics, ideology, or the preferences of a particular interest group. Instead, it will be based on a simple principle — whether a state is ready to do what works. We will use the best data available to determine whether a state can meet a few key benchmarks for reform — and states that outperform the rest will be rewarded with a grant. Not every state will win and not every school district will be happy with the results.”
The idea that standardized testing can easily gauge the performance of teachers and schools, and thus shape policy seems so simple and logical that it is not surprising that it attracts so many supporters. Like most things in life, the reality is a lot more complicated and standardized tests tell only part of the story.
Testing is a very important step toward improving schools, teaching practice, and educational methods through data collection. Schools and teachers have always used assessments to determine not only the progress of their students but also the efficacy of their teaching. However, high-stakes testing where the results affect funding, jobs, school closures, and careers is much more prone to manipulation —

discrepancies result from current state standardized testing practices, including problems with test validity and reliability, and false correlations due to statistical paradoxes. Some school districts have even been accused of encouraging underperforming students to drop out to improve their test stats.

Another problem is that standardized tests enforce a mandatory curriculum be placed on schools without public debate and without any accountability measures which contradicts the basic democratic principle that control of schools’ curricula is the responsibility of local school boards.
There is also evidence that standardized tests encourage “teaching to the test” at the expense of creativity and in-depth coverage of subjects not on the test. Multiple choice tests can only assess certain skills. Basing teacher pay and advancement on student test results will further aggravate these problems.
Of course, our students, teachers, and schools need to assess progress, and this progress needs to be monitored by school boards and policy makers. Thankfully, there is a wide range of assessments available (including alternatives like portfolio assessment) to help monitor progress but we also need to look at the bigger picture of what we expect our schools to produce. Standardized tests only enable us to view a small part of that picture.