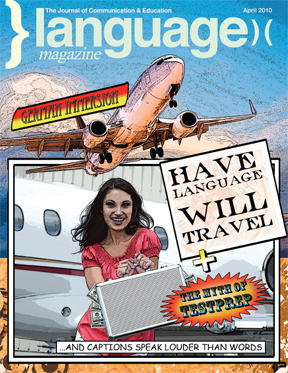 Now that a compromised healthcare bill looks set to be pushed through Congress, the Administration has released its Blueprint for Reform to shift public attention to education and the reauthorization of the Elementary and Secondary Education Act(ESEA), perhaps in the hope that it will be much easier to achieve consensus over education than it has been over health. Such a strategy is surprising since education is so clearly outside of the federal domain that you might expect considerable opposition to the government’s increased intervention, however, there seems to be an uncomfortable bipartisan agreement that schools need common standards, competition through charter schools, and teacher incentive systems to “improve” even though there is no actual evidence that such measures work. Diane Ravitch, educational historian and former assistant secretary of Education in the administration of President George H.W. Bush, readily admits that she used to support school choice (through charter, magnet or other alternatives to the traditional public school) and accountability, but recently stated, “Today there is empirical evidence, and it shows clearly that choice, competition and accountability as education reform levers are not working. But with confidence bordering on recklessness, the Obama administration is plunging ahead, pushing an aggressive program of school reform — codified in its signature Race to the

Top program — that relies on the power of incentives and competition. This approach may well make schools worse, not better.” (Los Angeles Times, March 14, 2010) The pursuit of these goals is particularly damaging to language education, as Rosemary Salomone so eloquently pointed out in Education Week (March 17, 2010), “lawmakers …would be wise to consider that the law’s rigid testing and accountability standards are squandering valuable linguistic and cultural resources, and that the negative impact on language learning for all students, including the least advantaged, can progressively set the nation behind in the global arena.”

Now, there is some good news — the Blueprint does specifically mention the encouragement of foreign language teaching through “competitive grants to states, highneed districts, and nonprofit partners to strengthen the teaching and learning of arts, foreign languages, history and civics, financial literacy, environmental education, and other subjects.” However, experience has shown that judging schools on the basis of standardized tests results in neglect of subjects outside the core.

And Salomone’s conclusion pushes home the point, “we Americans must shed the misguided notion that monolingualism promotes economic growth, while multilingualism threatens national security and identity.”

Now that The Language Flagship has published its study “What Business Wants: Language Needs in the 21st Century” (see p.20-25), we have clear evidence to support the long held view that U.S. schools cannot adequately prepare the students of today without teaching them more than one language.

The creation of the public education system was probably America’s greatest achievement of the 20th century, but schools need the freedom from centralized control to develop and adapt to their particular demographics and strengths. Schools and the students in them need to be able to choose the subjects that inspire them, like languages so we need to promote a system that encourages such choice. Maybe this Blueprint will become the basis for such reform but we must campaign to ensure that those same lawmakers who have consistently argued against public healthcare on the principle that it is too much government intervention also argue against centralized control of public schools on the same principle.

Business Needs Language
Language Magazine explores ‘What Business Wants:
Language Needs in the 21st Century,’ a new report which
may provide the impetus to get languages back in the core
curriculum