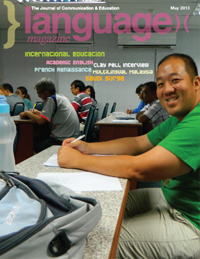 La Renaissance Mapping the resurgence of French in America