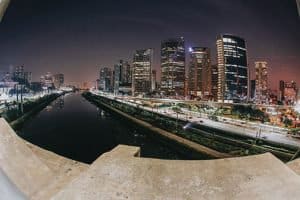 As the Brazilian economy booms, opportunities for Portuguese speakers abound, and picking it up may be easier than you think.

While many think of Rio or the jungles of the Amazon when they picture Brazil, Bahia, located in country’s northeast, offers students a unique glimpse of Brazil. As the heart of Afro-Brazilian culture, Bahia is the ideal place to learn about the Candomblé religion and capoeira. Bahian cuisine is reknowned all over Brazil for its delicious African flavors and creative uses of seafood.

Salvador, the capital of Bahia, is one of the most popular destinations for students studying Brazilian language or culture. Salvador was the first capital of Brazil and houses some relics of its colonial past, such as old mansions turned into museums and the colorful and cobblestoned neighborhood of Pelourinho. A vibrant cultural scene with live music and theater keeps students stimulated while the gorgeous beaches and fun nightlife let them unwind. Salvador is home to many binational centers, such as ACBEU, the Cervantes Institute, and the Goethe Institute.

Bahia’s 600 miles of coastline are dotted with charming beach towns, and the state boasts over 100 islands, some of which can be easily reached by boat. Bahia also boasts some of the most interesting festivals and cultural events, such as the festival of the Order of Our lady of the Good Death in Cachoeira.

Bahia also contains a part of what many authors and songwriters have chosen as the mythical and magical heart of Brazil, the desert backlands known as the sertão. The sertão has inspired many of Brazil’s literary giants, such as Graciliano Ramos and João Guimarães Rosa. The interior of Bahia has the awe-inspiring Chapada Diamantina, a range of mesas, caves, and rock formations in the desert, and charming villages such as the nearby town of Lençóis. Bahia’s colonial history and thriving Afro-Brazilian culture are a must for any students interested in Brazilian culture.