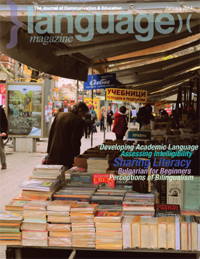 Bulgarian for Beginners
Now that Bulgaria is a full member of the European Union, expect to see its economy boom

Where Your Eyes Go, Your Ears Will Follow
Pat Verano explains why Spanish immersion works so well in Argentina