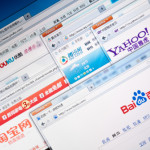 It has already been established that social media speeds up language evolution, but as the Chinese government actively censors online communities, the country’s language has been changing even more quickly. Recently, China drafted a new online surveillance law, further regulating digital censorship, making it required that upon the discovery of, “information [published by users] that the law or administrative regulations prohibits the publication or transmission of, they shall immediately stop transmission of that information, employ treatment measures such as deleting it, prevent the information from spreading, and save relevant records.” In response to this, users have begun replacing keywords used by the government to track political conversations with seemingly harmless phrases. For example, “hide-and-seek” stands for dying in police custody, in reference to authorities citing the game as the reason for a prisoner’s death. A growing unofficial political lexicon is being used by internet users who want to publicly discuss their frustration with the Chinese government.

However, China has been relatively successful in their massive system of content control. The country has more web users than the entire population of the United States and Internet companies worth billions. Still, Charlie Smith, co-founder of the internet transparency group GreatFire.org (alluding to the Great Firewall of China), thinks, “that [these new code words] show that there is growing dissatisfaction with internet censorship. The Chinese authorities have set a pretty large task for themselves. It is hard to keep on top of this kind of subversion.” Dan Wallach, professor of computer science at Rice University in Texas, told The Independent that the words and phrases would go unnoticed by authorities only until they were used on a mass scale. “These sorts of euphemistic phrases, as well as deliberately misspelled words or even bitmap images of text, work until they become popular,” he said. For now, the censorship laws of China have succeeded in keeping public political discourse to a small level, but these codewords come in and out of fashion much like any kind of slang; when the older generation (or in this case, the government) starts using it, then it becomes obsolete.