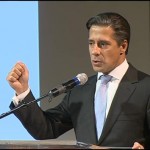 Since the Miami-Dade School district in Florida postponed a scheduled change in the methodology of teaching foreign languages, Superintendent Alberto Carvalho has announced plans to launch a new graduate-certificate program for teachers and undertake a $4 million curriculum overhaul. The original plan, which was critiqued by many as exclusionary and elitist, was to eliminate all traditional 30-minute-a-day Spanish classes and replace them with language immersion programs. To address the district’s struggle to find qualified instructors who have skills to teach multiple subjects in Spanish, administrators are pursuing a partnership with Florida International University that will help teachers build Spanish fluency and learn how to effectively teach a foreign language. The district will also buy new textbooks that feature stories originally written in Spanish, instead of just English translations.

The previous plan would not only have meant that Spanish language teachers would have to teach classes in Spanish in subjects that they are not yet certified to teach, but that students who could not keep up with a more intensive curriculum would lose the chance for bilingual education entirely. Groups such as the NAACP, the League of United Latin American Citizens, and an association of Spanish teachers spoke out against the implication that students not involved in an intensive immersion program would get no foreign language instruction at all. Rather than acquiescing to these critiques, the administration plans to expand access to quality dual-language education and assist in the creation of a prepared bilingual staff. In Miami-Dade more than half of students qualify for free or reduced-price lunch due to their family income, and more than 77,000 students are learning English as a second language. Research has shown that bilingual education programs specifically benefit English language learners (ELLs), and hopefully the measures taken by the administration will work towards providing quality programs.


21361 B. Pacific Coast Hwy Malibu, CA 90265
Telephone: (310) 455-7193
©2021 Language Magazine All Rights Reserved
Contact us: co[email protected]
FOLLOW US
Language Magazine
We use cookies on our website to give you the most relevant experience by remembering your preferences and repeat visits. By clicking “Accept”, you consent to the use of ALL the cookies.
Do not sell my personal information.
Cookie SettingsAccept
Manage consent