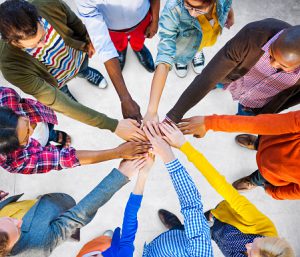 Universities across the U.S. are banding together to send a clear message of acceptance towards international students after the recent U.S. presidential election. The campaign began at Temple University in Philadelphia, PA with their YouTube video. According to the PIE news, the hashtag #YouAreWelcomeHere was originally used by Study Group, an international program aimed to help international students study in different parts of the world.

Director of international admissions at Temple University, Jessica Sandberg saw the hashtag on social media, and was inspired to spread the message more widely through the university. She maintains that while the videos are not intended to be a political statement, they are inherently meant to quell fears of international students when it comes to discrimination, safety of U.S. universities, and overall friendless towards non-U.S. students on campus.

On the creation of the campaign, Sandberg said, ““I felt like it was important that US universities come together on this instead of competing, and send a unified message to let international students know that nothing has changed, that we welcome them, that university campuses are progressive, open-minded, friendly places, and that we truly value that here.”

Other universities involved include the University of Colorado, Boulder whose International English Center created a video with messages in English, Chinese, Spanish, and Arabic; the New York Institute of Technology, Brandon College, and more.

The campaign follows a similar one in the UK which promoted #WeAreInternational post-Brexit which gained the support of over 150 institutions and organizations.