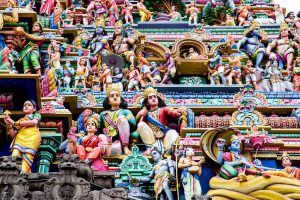 “Hindi is the official language, and all other Indian languages are national languages. There is no question of imposing one language over other languages,” stated union minister of state for home affairs Kiren Rijiju.

Controversy rose when then-president Pranab Mukherjee accepted the recommendation that all dignitaries may be requested to give their speeches in Hindi only. Rijiju said on the government’s position, “We have made it clear that there is no question of imposition of Hindi over any other language. Hindi was made the official language taking into account the spirit of members of Parliament. Hindi has to be promoted, but at the same time all other regional languages also have to be promoted.”