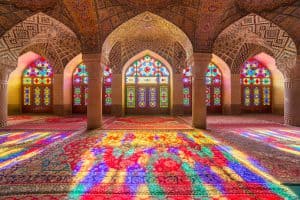 Germany has continuously been in the news for their practices of welcoming Syrian refugees and offering various programs to teach refugees German. The country has added another method of distribution with a new program that turns 30 mosques across Germany into language schools for refugees. In Berlin, classes are held twice a week in the Dar Assalam mosque. The project differs from how German classes are typically taught.

In many German classes only German is spoken for a full immersion experience, however, in the classes with this program teachers and students also speak Arabic. Project organizers initiated the Arabic-German bilingual model out of concerns that students would not be able to keep up in a typical German class or would not take the class in the first place. GIZ Development Aid Agency member Zeynep Sezgin Radandt told DW News, “We’re offering something very low key here. We’re building bridges between the people and, for example, community colleges. The classes are free so people will think it’s a good idea to come here.

The German government funds the project with 1.8 million euros that are spread across the 30 mosques. Representatives from the Dar Assalam mosque in Berlin also claimed that they hope that the project will improve its image, as the mosque has been under surveillance by the German Domestic Intelligence Agency since 2014.

The project is set to run for two years with the possibility of serving for similar projects in the future.