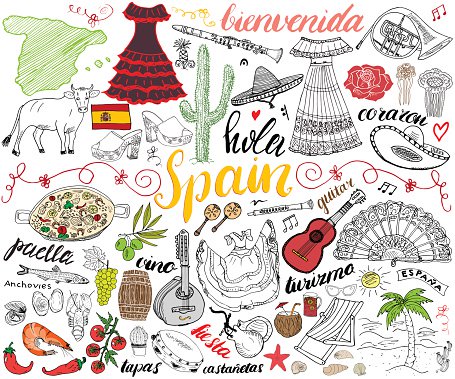 There’s never been a better time to study in Spain

When Spain adopted the euro as its currency nearly 20 years ago, prices rose overnight, some say by over 25%, and the country was suddenly no longer the budget destination that overseas visitors had taken advantage of for decades. However, the country’s prolonged recession and the recent drop in the euro’s value against the dollar as a result of Britain’s vote to leave the European Union have made the country much more affordable for students, especially if they avoid Barcelona and Madrid. Surprisingly, the beautiful, historical center for education, Salamanca, is one of Spain’s most affordable cities.

Not only is Spain affordable again, it is also going through a fascinating stage in its political history. For the past year, there has been no effective government, and we have seen the rise of two brand-new political parties, Podemos and Ciudadanos, into mainstream contenders for power. Spain has long been a highly politicized nation, and right now, the political climate is fascinating. Changes happening there may well be replicated in other Western countries, so students should jump at the opportunity to experience change as it happens. Another reason to visit Spain now is that this may be the last chance to experience the country as a whole. The autonomous region of Catalunya will hold a referendum on independence from Spain next year, whether or not the central government in Madrid agrees to one. The leader of the Catalan Parliament, Carles Puigdemont, has said that he is willing to discuss the terms of a referendum with the central government in Madrid, which has opposed any such vote, but that he would definitely hold the vote next September.

In August, Spain’s Constitutional Court annulled a resolution by Catalunya’s assembly to move forward with independence, but support for Catalan independence has grown recently, with almost 48% of Catalans supporting it in a poll in July.

Spain has a long history of regional independence movements, which has led to much conflict but also added to the flavor and excitement of the country. Under the constitution, created in the 1970s after years of dictatorship, Spain’s regions enjoy considerable autonomy from the central government; however, it has not proved enough to satisfy the many separatists. Thankfully, the terrorism campaign waged by ETA in an attempt to secure independence for the northern Basque Country (El País Vasco) has now come to an end, so visitors can safely observe and absorb political wrangling the like of which they are unlikely to experience anywhere in the world.

Selection of Schools in Spain

At Aula Toledo, which is accredited by the Cervantes Institute, they believe that a high-quality, responsive, and personalized approach is fundamental to teaching.

The school is centrally located in the heart of historic Toledo, in a building that dates back to the tenth century, but the interior has been completely modernized, with fully equipped classrooms and access to Wi-Fi. Toledo is known as the city of the three cultures, a historic confluence of Jewish, Islamic, and Christian tradition. This is reflected in both the city’s rich heritage of art and architecture and its living traditions.

Students at Aula Toledo learn in a school where quality and attention to detail are important. They can choose from a wide variety of programs and activities while studying in an ancient city that is intimate and is not crowded with international students, so they will practice Spanish 24/7.

Toledo is a small city that is totally safe and easy to get around, even fun to get lost in, rich in history and art, and full of lively bars and restaurants. It is also a great location from which to explore Spain—Madrid is just 30 minutes away.

Tía Tula is a lovely Spanish school with two centers both situated right in the historical university center of Salamanca, the city which is always referred to when talking about Spanish teaching throughout the world. One of them, a historical three-story building, with a beautiful and traditional style, has been refurbished and equipped with modern facilities and the latest technology.

Accredited by the Instituto Cervantes, Tía Tula offers courses year round in classrooms designed to foster peer interaction. Syllabi have been developed by the school’s board of teachers, who have excellent academic skills due to their years of experience, research on the Spanish language, and expertise as Spanish teacher trainers. They are readily available to help answer questions, overcome weaknesses, and discover strengths. What is more, the administrative

taff provide personalized attention and help resolve any problems outside the classroom.

Colegio Delibes is situated in a historical building, five minutes’ walk from the Plaza Mayor. It has been recently restored and equipped with the latest technology: 26 air-conditioned classrooms, a video and conference room, an audio lab, a library, and an IT room with free internet access, along with Wi-Fi. There is also an enclosed patio with a typical Castilian well where students can relax with a coffee and chat together during the breaks.

The college is best characterized by its authentic international ambiance and complete program of extracurricular activities, most of which are free for students.

Students come from a wide range of countries and are limited to nine per class. There is a choice of accommodations, including host families, student residences, shared apartments, and hotels, and a wide range of extracurricular activities—Delibes even has its own health club.

La Casa del Español is a language and cultural center which offers students quality Spanish teaching combined with a true cultural contact with Valladolid, a unique city famous for its people, open and hospitable; its important historic and literary heritage; its gastronomy and wines; and its dynamic cultural life.

Valladolid is less than 50 minutes from Madrid by train, with easy access to heritage cities; it is a fun, safe, and clean city, where Spanish is clearly pronounced.

CESTE International Business School is a well-known Spanish language center, offering in-person and online tuition. It is accredited by the Instituto Cervantes and an examination center for the DELE (Diploma de Español como Lengua Extranjera) certificate. Courses are designed to engage students, who receive personal coaching and assessment.

The school offers the option of private accommodations in the charming city of Zaragoza, which is conveniently situated between many of the country’s major cities and is renowned for its neutral accent.

At CESTE, they appreciate that learning also takes place outside the classroom, so students are put into typical real-life situations on a daily basis in which they can practice the language. The fundamental objective is for students to achieve “communicative competence,” so classes and extracurricular activities are designed with that in mind.

With 45 years’ experience in teaching Spanish, Malaca Instituto is well respected by peers and clients and has some unique features: it is a mini-campus with 96 en-suite bedrooms, 25 classrooms, a study center, a restaurant, a dance studio, an activities room, a 24/7 student lounge, a mini-gym, a swimming pool, and three terraces and gardens.

It publishes its own textbooks (20 so far), and all senior teachers are involved in textbook writing and/or revising. These are experienced teachers who have been with the school for 20 years or more, and the staff-student ratio is 1:3.

With accreditation from EAQUALS, IALC, and the Instituto Cervantes, Malaca is a five-time winner of a study abroad industry award.

El Centro de Lenguas Modernas de la Universidad de Granada (CLM) is located in the city of Granada, halfway between snow-capped mountains and subtropical Mediterranean beaches. CLM offers not only its renowned Spanish language and culture courses for foreigners, but also a wide variety of modern language courses, so visitors can share their daily lives with Spanish students.

It also offers courses in teaching Spanish as a foreign language and exams for those who wish to certify their level of Spanish. A wide range

of language courses for special purposes are also available.

The Internship Program for International Students is aimed at university students and professionals interested in broadening their studies through professional internships.

CLM and the Universidad de Granada do their best to make the students’ stay as pleasant as possible: the language exchange service, the accommodation service, and its cultural and sports activities program are just a few examples.

K2 Internacional is a Spanish language school located in one of the most typical squares in the heart of Cádiz, an ancient port city in southwest Spain, built on a strip of land surrounded by the Mediterranean Sea. Accommodation, the beaches, and the city’s main attractions are all within five minutes’ walk.

Since 2001, the school has been offering Cervantes Institute–accredited Spanish immersion programs for adults and juniors in a restored historical building dating to the 19th century, carefully decorated and equipped with modern amenities. The school also has a beautiful kitchen for its famous cooking classes, a library with self-study materials, help desk staff, and a terrace ideal for parties and chatting with fellow students.

Courses are combined with a wide range of sporting, cultural, and social activities in a family atmosphere where customer service is the focal point. All-inclusive packages are available to help budgeting.

Most importantly, the school’s philosophy is that “it’s not Spanish you should come to learn; it’s a new way of seeing Spain.”

Since 1986, don Quijote has been at the forefront of Spanish language teaching, building a network of 35 schools in Spain and Latin America. It has earned an international reputation for innovation and personalized service, largely through the recommendations of over 500,000 students.

The goal is for students to immerse themselves in the local culture, combining courses with exciting activities and excursions in order to create deeply transformative and immersive cultural experiences. In addition, they offer the opportunity of combining destinations in order to experience a complete Spanish immersion program.

Programs are available all year round, and they provide official academic transcripts recognized by American universities and the Instituto Cervantes.

Don Quijote offers personalized assessments to meet students’ specific needs, as well as a wide variety of study abroad programs that include Spanish language programs for groups or individuals, internships, volunteer projects, and faculty-led and tailor-made programs for specific majors or minors, such as business or medicine, that perfectly adapt to each. 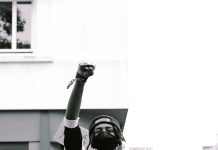 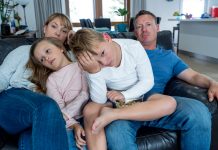 Cambridge Dictionary announces ‘quarantine’ as Word of the Year 2020