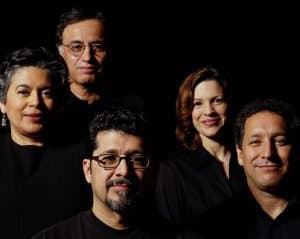 Last month, Spain’s culture minister Íñigo Méndez de Vigo told Congress that, as part of the Marca España (Spain Brand) initiative, “The year 2019 will be declared the Year of the Spanish Language.”

The Marca España website (http://marcaespana.es) says that the language is “a global agent that produces wealth, identity, culture, and brand which still has great opportunities for expansion and development in the digital era. It is expected that in 30 years there will be over 700 million Spanish speakers.”
To encourage private-sector participation, there will be tax incentives (up to 90% tax relief) for activities promoting the initiative, which has been designated an “event of extraordinary public interest.”

A “businesses for the Spanish language plan” will also be designed along the lines of the Olympic Sports Association Program, inviting Spanish and Latin American companies and multinational corporations to become language sponsors.

However, Spain’s unilateral actions have caused some consternation in Latin America, where some see the announcements as contrary to the global nature of the language and worry that the plan undermines a pan-Hispanic strategy to promote Spanish.

Even in Spain, political groups, apart from the governing Popular Party (PP), have also criticized the plan. The party Ciudadanos has labeled the initiative devoid of content, while Basque and Catalan nationalists see it as an attack on their own languages; the anti-establishment party Podemos believes it is too focused on narrow economic benefits; and the Socialist Party (PSOE) has issues with the proposal’s budget.

Among the initiatives that will be part of the new Spanish language promotion project are the creation of an Ibero-American Erasmus study grant to stimulate university student exchanges, the appointment of global celebrities as “Spanish language ambassadors,” and the designing of a digital platform in Spanish and Portuguese to offer free content in the fields of literature, film, music, art, and science. The program will also encourage the creation of digital services and apps in Spanish.

Méndez de Vigo was warned that the plan would not be welcomed outside Spain by the director of the Real Academia Española (RAE), Darío Villanueva, and of the Cervantes Institute, Juan Manuel Bonet.

Francisco Javier Pérez, the Venezuelan secretary general of ASALE, told El País that he strongly opposed the plan. He said that the apparent desire by Spain to recentralize control over the common language was “at the very least worrisome,” and associates, including the RAE, “cannot look favorably upon this return to the past.”

Carmen Millán, director of the Caro y Cuervo Institute in Colombia, agreed. “In our country, 48 million people speak Spanish,” she said. “Although our numbers are not comparable to Mexico’s [120 million speakers], they surpass Spain’s [47 million]. But this is not about rivalries, it is about a sense of belonging to a common language.” Colombia’s Instituto Caro y Cuervo (ICC), which focuses on the study of the Spanish language and culture, turned 75 in September, and an event was held at Instituto Cervantes in Madrid to commemorate the anniversary.