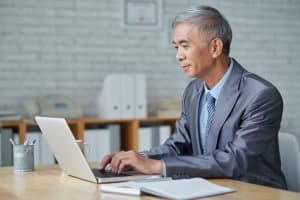 The China-Pakistan Economic Corridor (CPEC) is part of China’s One Belt, One Road (OBOR) initiative. Known as the New Silk Road, the project currently involves 65 countries, with more expected to join, and caters to more than half of the world’s population.

The chair of Pakistan’s Technical Education and Vocational Training Authority (TEVTA), Irfan Qaiser Sheikh, has announced that CPEC will open job opportunities for 40,000 Chinese interpreters. He added that TEVTA is providing an opportunity to Pakistani youth to avail themselves of the job opportunities present by learning the Chinese language.
Qaiser Sheikh confirmed that highly qualified Chinese teachers were being hired to train new teachers as well as teach students.

About 20 Pakistani universities have established China Study Centers to create awareness about China and conduct research on various aspects of China, OBOR, and CPEC.
Currently, there are around 20,000 people in Pakistan learning Chinese—which is still below the estimated demand for 100,000 people with some level of Chinese. This demand will grow rapidly as CPEC enters the next phase.

There are already about 20,000 Pakistanis who have graduated from Chinese institutions and nearly 25,000 Pakistani students currently enrolled in programs in China. They might be learning engineering, natural sciences, social sciences, or health sciences, but they are also learning the language and culture of China and its systems at the same time.