We are at a critical point in human history where much of our cultural diversity is in danger of disappearing forever. This diversity, which has served as a driving force behind innovation, art, and creativity, is first and foremost characterized by the thousands of languages spoken in the world today. However, due to a wide range of social and political factors, most of these languages are losing speakers at an alarming rate, and many will no longer be spoken in ten years’ time. The Indigenous Language Institute (ILI) promotes grassroots community initiatives which help put the power back in the hands of Indigenous people to preserve, revitalize, and most importantly use their languages on a daily basis in all aspects of life. Indigenous languages can only be saved by the people who speak them every day; ILI provides support, knowledge, and technological know-how to help in the struggle to make sure all Indigenous languages will be heard long into the future.

The following is an excerpt from the introduction written by Dr. Richard Littlebear for Native Language Immersion: Innovative Native Education for Children and Families.

“Prejudice is hurtful, self-identity is good, and extinction means forever…

“I write about the prevalence of these stereotypes because they are at the heart of why we need to strengthen our languages so they remain bulwarks to the prejudicial ‘slings and arrows’ that are often flung at us. Knowing one’s language—being able to speak it—situates one firmly in a given identity, for good or bad, but mostly for good. Dealing with stereotypes is a daily occurrence here in America for Native Americans. I’m not overstating, nor am I venting because of any long-festering hurt, nor am I being overly sensitive. I’m just stating a Native American reality. How a Native American reacts to stereotypical statements is often rooted in that really intangible concept known as a positive self-image.

“Knowing our Native American languages goes a long way toward creating that positive self-image, and when one has that, it is so much easier to deal with those slings and arrows and get about the business of life. However, I am realist enough to know that just being able to speak our languages isn’t going to solve all our problems. It won’t dissolve all the prejudice, either, of course, or absolve us Native Americans of doing the best parenting jobs we possibly can.

“We still have great responsibilities to the youngsters of today, to the elders who are still with us today, to those who are yet journeying toward us, and, especially, to those elders who have journeyed on. This present generation of fluent speakers needs to honor all the preceding generations of speakers of their languages by strengthening those languages so that they remain viable beyond the seventh generation. The really sad aspect is that if we do nothing to save our languages, we are depriving those generations who follow us of the privilege and joy of speaking our languages and of having their own true identities that come with them…

“The family unit is rarely even teaching Native languages anymore… Our languages mean much. They encompass whole linguistic solar systems of spiritual expression, whole galaxies that express universal human values like love, generosity, and belonging, and whole universes of references that enable us to cope with an ever-changing world. Because our elders are moving on, it is up to us to help strengthen our languages.”

ILI is a 501(c)3 nonprofit organization. Donations are tax deductible and can be made at https://ilinative.org/support-ili/.

Dr. Richard E. Littlebear (Northern Cheyenne Language Community) holds degrees from Bethel College in Kansas and Montana State University and received his doctorate degree in education from Boston University in 1994. He is president and interim dean of cultural affairs at Chief Dull Knife College located in the Northern Cheyenne Reservation. Dr. Littlebear actively promotes bilingualism, advocating for bilingual education on local, state, national, and international levels. He encourages the continued oral, written, and reading usage of the Cheyenne language specifically and of all Indigenous languages generally. He considers learning to read and write the Cheyenne language—his first language—to be his greatest academic achievement. 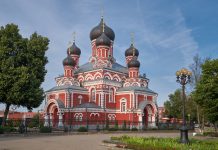 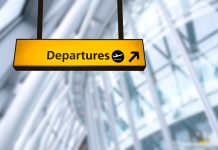