To secure the minimum of ten Republican votes to avoid a filibuster, Democrats were forced to abandon some priorities, including reauthorization of the Child Tax Credit, which was so successful in reducing child poverty (see LM, November 2022, editorial).

Congress did approve fiscal year 2023 increases in line with inflation for Title I programs in high-poverty schools, special education, and community schools. However, Biden had asked Congress to double Title I funding to $36.5 billion and lawmakers only agreed to an $850 million increase, bringing the total spend to $18.4 billion. The US Department of Education’s pre-k–12 allocation of $45 billion includes a 5.6% increase over last year’s spending allocation. The budget earmarks a total of $79.6 billion for the Department of Education—up $3.2 billion from last year, but $8.7 billion less than the president’s request.

The FY 2023 appropriation includes an increase of $59 million for English language acquisition, to a total of $890 million. Special education is being allocated $15.5 billion ($934 million more than last year), including a $20 million increase for teacher preparation and professional development.

Although funding for universally free school meals was not included, funding legislation for the US Department of Agriculture does stipulate $28.5 billion for federal child nutrition programs, which includes $30 million for equipment to help schools prepare meals and $40 million for the summer program to help low-income families purchase groceries during the break.

A notable funding increase is the doubling of the allocation for full-service community schools, to $150 million. Head Start funding is being increased by $960 million, to nearly $12 billion, including a $596 million cost-of-living adjustment for staff. The Child Care and Development Block Grant received an additional $1.85 billion, bringing it to $8 billion, while career, technical, and adult education funding was increased by $100 million to $2.2 billion.

The budget also includes a directive for the Education Department to provide guidance for districts and states on using federal funds to recruit, prepare, support, and retain school principals and other leaders. 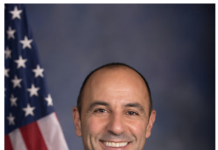