A Language Reporter at Large 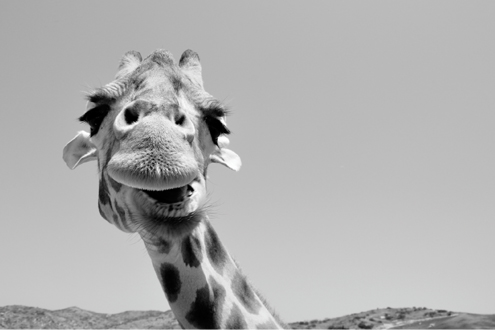 Being both a bird watcher and a word botcher, I recently took my three granddaughters to the San Diego Wild Animal Park, where we attended “Frequent Flyers,” the famous bird show. Our family enjoyed various avians strutting their stuff on the ground, hawks swooping down from the sky, and a gray parrot squawking and squeaking all sorts of sound effects.
In their ongoing narrative, two of the Wild Animal Park’s trainers kept pronouncing the name of the San Diego Zoological Society as ZOO-uh-LAHJ-i-kul society. After the performance, I mentioned to the two young women in private that there are two, not three, o’s in zoological so the proper sounding is ZOH-uh-LAHJ-i-kul. They told me they knew that but had been instructed by their bosses to say ZOO-uh-LAHJ-i-kul because people wouldn’t understand the proper pronunciation.
That kind of dumbing down is almost as bad as a highly placed politician being told by his advisers that he will get more votes if he says NOO-kyuh-lur, rather than the correct NOO-klee-ur.
Doublespeak is grossly euphemistic language in the public sector that is dishonest, misleading, and inhumane. Doublespeak doesn’t call a spade a spade but rather “a manual excavation device.” Early this year, Spirit Airlines, the company that brought us a $25 charge for each piece of luggage taken onto their planes, now boasts “pre-reclined seats.” “Pre-reclined” is blatant doublespeak for “can’t be adjusted.”
America loves language vagaries: We ship by truck and send cargo by ship. Our nose can run and our feet can smell. We drive in a parkway and park in a driveway.
The saga of Tiger Woods has added a more intricate switcheroo: He who drives well on a fairway may not fare well on a driveway.
Perhaps because of the reduced ingestion of performance-enhancing drugs, the 2010 baseball season was memorable for the number of no-hit games. But the most dramatic contest of the season was the June 2 “imperfect game” pitched by Detroit Tigers hurler Armando Galarraga.
In that game Galarraga had thrown a perfect game until the last batter, when umpire Jim Joyce called a runner safe when he was really out by a full step. Coincidentally, Jim Joyce has the same name as Ulysses writer James Joyce, a man with famously poor eyesight. As his vision failed, author James Joyce took to wearing a milkman’s uniform when he wrote, believing that its whiteness caught the sunlight and reflected it onto his pages.
Maybe umpire Jim Joyce should have worn a milkman’s uniform to that fateful baseball game.
In a recent survey, Maxim magazine asked women what they find to be the biggest turnoffs in men’s e-mails and text messages. The results:
smiley faces/emoticons 8.2%
excessive exclamation points 18.7%
inappropriate jokes 24.8%
sexual requests 24.8%
nothing 33.6%
spelling and grammar errors 44.4%
So, guys. Brush up your grammar and you’ll score big online.
A newspaper for the New Richmond Car Buffs listed the areas of interest at an upcoming car show: “Rod’s, Classic’s, Antique’s, Dash Plaque’s, Spectator’s, and All Make’s Car’s and Truck’s.”
The location of the event: “Bernards, New Richmond.” They omitted the apostrophe in the only word that actually needed one.

Richard Lederer, M.A.T. English and Education, Ph.D. Linguistics, is the author of more than 30 books on language, history, and humor. This excerpt from the upcoming Richard Lederer collection, A Treasury for Teachers, to be published October 2011. Explore his web site www.verbivore.com. Write him at [email protected]