A New Rationale for Dual Immersion 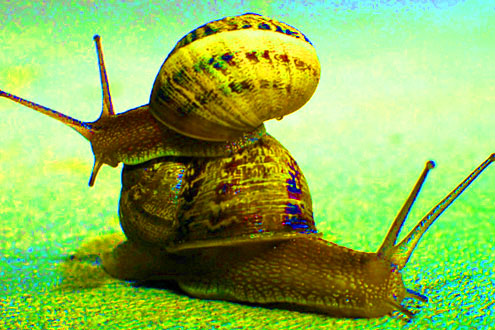 Why are dual immersion schools so successful?
Superior levels of bilingualism and biliteracy, academic achievement, and cross-cultural awareness are among the outcomes documented not only for English learners, but for native English speakers as well. It’s hardly a stretch to say that dual immersion is one of the most popular programs — among parents, teachers, and kids — in American education today.

Explanations for its success have focused mainly on linguistic factors. Dual immersion incorporates native speakers of the two target languages, peer models who learn from each other. Combined with “sheltered” instruction in academic subjects, adjusted to students’ level of proficiency, this approach creates an ideal environment for natural language acquisition. Students internalize a new language while using it for meaningful purposes, both social and academic. Meanwhile, special care is taken to develop proficiency in their native language, laying a solid foundation for academic learning.

All true. Yet we believe there is another factor, usually overlooked, that also deserves credit: curriculum. Not that the same curriculum appears across dual immersion models; these programs are remarkably diverse. What they tend to share is an approach to curriculum that fosters active learning.

That’s because, to be effective, immersion methodologies must stimulate students to acquire language incidentally, without conscious effort, in the context of academic lessons and other purposeful activities. The more these activities whet children’s interest, the more focused they become on constructing meaning from input in the target language.

As Stephen Krashen postulates, second-language acquisition is all about understanding messages. And this requires the active engagement of the learner — not with the formal aspects of language, but with the substance that language conveys. Comprehensible input may flow from participating in class discussions, reading books of interest, collaborating on projects with fellow students, investigating mysterious phenomena, observing the life cycle of insects (see below), and other pursuits that excite mental activity.

In dual immersion classrooms, then, it’s only natural to extend such discovery learning methods to the curriculum as a whole. Children are encouraged to explore for themselves, pose questions, and challenge preconceptions — again, to construct meaning from what they are experiencing. Hence the label constructivism that is often attached to this philosophy.

Constructivists view learning not as a process of filling passive minds with information, but as a process of cognitive change — a literal rewiring of the brain — as children engage the world, building and rebuilding their understanding of it. Early childhood educator Beverly Falk said it best: “Learning is something that a learner does, not something that is done to the learner.”

Thus constructivism values questioning, reasoning, analysis, reflection, problem-solving, cooperation, and creativity among the intellectual assets that children will need in school and in life beyond school. Such qualities are characteristic of dual immersion programs, and we believe they help to account for their successes.

Not that most dual immersion programs are constructivist by design. For teachers in these schools, the label is often unfamiliar or poorly understood. Constructivism is rarely taught in colleges of education. Nor is any coherent educational philosophy, for that matter. So the vast majority of K-12 educators are intuitive rather than ideological in their professional approach. What often results is an eclectic mix of strategies and methodologies, guided by assumptions that are sometimes contradictory.

In addition, dual immersion is hardly exempt from accountability pressures. Even the strongest programs must interrupt their curriculum each year to prepare for mandated achievement tests. Students in such schools generally perform well above state and national norms. But the stakes are enormous. Who can afford to treat tests casually when low scores can close a school, derail an educator’s career, or keep a student from graduating? By contrast, constructivist practices emphasize teaching the whole child in ways that are often impossible to measure with a multiple-choice test.

That said, we maintain that dual immersion programs tend to incorporate constructivist practices, consciously or otherwise, because the latter pedagogy so effectively supports the former. Bilingualism and biliteracy flourish in a classroom environment that fosters intellectual discovery and self-directed learning. So do academic achievement and cross-cultural collaboration, outcomes for which dual immersion is well known. The combination of constructivism and dual immersion is not only natural; it is powerful.

Admittedly, these propositions remain to be tested by researchers. Yet we can cite at least one program where they are demonstrably true, and we have made it the centerpiece of a new book, Diary of a Bilingual School. We refer to Chicago’s Inter-American Magnet School, one of the nation’s earliest and most renowned examples of dual immersion.

The book combines classroom narratives with analysis of the constructivist principles at work. It features a curriculum designed by Jill Sontag, a talented teacher who seized an opportunity to explore a subject of fascination for her students. As the story begins, the children of Room 307 have just spotted an intruder in their classroom.

“Ugggggh!” Veronica shrieked, jumping up from her chair in the Reading Corner. “Lookit, lookit!” Backing away, she pointed at a small black creature making its way slowly across the rug.

Alicia, who had been rummaging casually through the book bins, was startled as well. Peering from behind Veronica’s shoulder, she echoed her friend’s sentiment. “Oh, yuck! Gross!”

“No it’s not, it’s a water bug,” Andy corrected. “I saw one before at my aunt’s house, in the basement. They’re not poisonous.”

“¿Por qué habrá un insecto de agua acá, si no hay agua?” Beatríz was bewildered why there would be a water bug where there was no water. So was Liset. “Is there water leaking in here?” she asked.

From across the room Ms. Sontag observed the commotion and prayed that the intruder was not a cockroach. The dilapidated building should have been replaced many years ago. Cold air crept in through the crevices in the winter, and so did bugs in the fall. But the Board of Education’s promise of a new school site never seemed to materialize.

“Hey, I bet if I step on it, it will go cruuuuuunch!” Damion looked at Veronica out of the corner of his eye. But before he could act on his idea, Ms. Sontag arrived.

Her students slowly trickled toward the door, still wondering what kind of insect the ugly blob could be. And Ms. Sontag, always ready to experiment with curriculum, wondered what she might do with the sudden explosion of interest that had just occurred in her classroom.

What she gradually did was fill Room 307 with an unending supply of insects — bugs that crawl, fly, mate, lay eggs, hatch, and die — to the fascination of their human care-givers. More to the point, Ms. Sontag used the life cycle of insects in imaginative ways to engage students across an interdisciplinary curriculum.

Rather than having children read texts describing what they “need to know” about insects — the Common Core approach — the teacher inspired them to investigate and figure out answers for themselves, while using Spanish to communicate their discoveries. Here is one typical vignette about a crisis in the butterfly cage:

Wendell and Andy ran frantically to Ms. Sontag. “Maestra!” Andy cried. “We think a mariposa is dying! It’s on the floor on its side and it’s flapping its wings and its probóscide is hanging down!”

Their teacher remained calm. She advised that the butterfly be left in peace while they finished their assignment. “Ahora tenemos que dejarle en paz. Seguimos con el trabajo y la chequeamos más tarde.” We’ll go on with our work and check on it later.

Just three days were left in the school year and many tasks had to be completed. Throughout the room children were involved in various end-of-year activities: putting together portfolios, cleaning out desks, and writing letters to their as-yet-unknown third-grade teachers. The two boys rejoined the classroom flurry.

Forty minutes later Andy, still accompanied by Wendell, was back reporting to Ms. Sontag. “Look, it’s shaking,” he said, pointing toward the cage at the side of the room. “It’s really sick. What’s wrong?”

“¿Qué crees que está pasando?” their teacher responded. What do you think is happening? She made a point of switching to Spanish, the designated language of insect discovery. “¿Cómo sabes que está enfermo? ¿Podría ser otra cosa? ¿Qué lo hace temblar tanto?” How do you know he’s sick? Or could it be something else that’s making it shake so hard?

Ms. Sontag, followed by Andy and Wendell, walked over to the cage and visually examined the butterfly. “Mira en la flor. ¿Qué ven ustedes?” Look at the flower. What do you see?

“¿Qué son?” she asked what they were.

Wendell looked up at Ms. Sontag wide-eyed. Andy seemed unable to comprehend why his teacher would ask a question with such an obvious answer.

“¡Huevos!” Eggs! they both declared, each with his own distinct intonation.

The children not only learned language that year. While exploring a subject that excited them, they also acquired critical habits of mind, performed scientific experiments, engaged in creative arts, honed their reading and writing skills, and improved in math. The effects became evident not only on standardized tests — Inter-American students of all backgrounds tended to score high — but more significantly in long-term outcomes.

Remarkably, we were able to track down fourteen of the eighteen second-graders in our narrative, who are now young adults in their early twenties. All are finishing college, starting careers, traveling the world, or continuing their education. All remain bilingual, continuing to use both Spanish and English, if not on a daily basis, at least for significant purposes in their lives. Several cited — though without using the word — their school’s constructivist philosophy, which made for a unique educational experience. As one Inter-American graduate put it:
I see students from other schools and they might be smart, but they are kind of like robots. Schools like that, whatever they teach, they just make kids spit it back out on paper. I think Inter-American let us be ourselves.
It’s important to note that our story was documented in 1995-96, well before the passage of No Child Left Behind. Today’s “data-driven” accountability systems are affecting pedagogy in even the most successful bilingual programs. Pressures to use rote instruction to “cover the standards” have intensified, now that the fates of schools, educators, and students depend so heavily on test results.

At the same time, however, we see strong counter-pressures from parents and teachers who understand the potential of education that is both bilingual and constructivist, as well as the benefits it can bring to their children. This kind of support seems to be growing, along with a respect for language learning and a resistance to the test-obsessed culture of American education. For these reasons we are optimistic about the future of dual immersion, believing it remains one of the rare spaces in our schools where the excitement of learning can still break out.

James Crawford and Sharon Adelman Reyes are education writers and consultants. They are co-authors of Diary of a Bilingual School (DiversityLearningK12, 2012). For more information, visit www.diversitylearningk12.com.