Acquiring Academic Literacy from the Inside 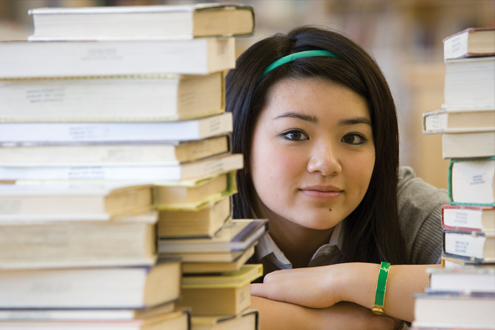 Throughout the U.S., there is a sizeable population of international students from mainland China studying at colleges and universities. Among the varied difficulties during the process of adjustment to the host culture, such as homesickness, loneliness, and isolation, as well as financial burden, it is probably academic literacy that creates the biggest barrier to the ultimate success of Chinese international students. Due to the lack of systematic training in academic writing as well as unfamiliarity with certain writing techniques, most Chinese students come to college with various form of “broken” or “fractured” English, affecting their English writing ability. How to help these students deal with “language differences” and achieve desired academic success is a critical issue of concern for both ESL specialists and content subject instructors. To this end, I hope my experiences of acquiring academic literacy will shed light on this issue from a cultural insider’s perspective as a student and novice researcher.

Firstly, there are significantly different versions of “standard academic prose” between the U.S. and China. From my early encounters with American academic writing discourse, I find that a natural form of expression or rhetorical convention that I have always taken for granted as acceptable in Chinese educational contexts may suddenly become a problem, and that in order to continue to be successful, I would have to “sanitize” my discourse, familiarize myself with new forms of coherence, get rid of idiosyncratic stylistics, become straightforward, get to the point, bare my thoughts, and assert my views. Accordingly, instead of viewing language differences as a problem, ESL writing instructors have to know the differences between Chinese and American academic conventions, build on student rhetorical strengths, and serve as a bridge for students’ smooth transition from functioning in one discursive community to another. At the same time, ESL teachers should have realistic but high expectations for international students and know how to balance rigorous grading with encouraging comments.

Secondly, being caught between conflicting and competing writing traditions can be constructive and transformative, because these tensions enable a richer repertoire of communicative strategies across cultures. I can straddle two academic communities and contribute to the body of scholarship from a different lens. In my restless and painful quest for a suitable voice and niche in transcultural discursive practices, I begin to develop not only profound insights into the rhetorical challenges in academic communications but a keener appreciation of the strengths and limitations of either discursive tradition. Thus, ESL writing instructors, on the one hand, have to help students appropriate the dominant conventions, practices, and discourses; on the other hand, they should let students see the advantages of knowing two cultures and two languages, and of composing multivocal texts from different angles. It’s important to find oneself a narrow focus in research but retain a broad vision.

Thirdly, it’s extremely important for international students to seek help and feedback from competent native language consultants who also know something about the specific topic. Less experienced researchers and writers need such consultations to cultivate an agile rhetorical ability and acquire mastery of the language sufficient to make a foray into the academic community. Should such perceptive language consultants be unavailable, then go through the process of initiation yourself: take the risk of submitting your article to a proper journal for critical comments from the reviewers, revise it, and resubmit. It is a very demanding training process, but it is also an effective confidence builder in academic publishing. Normally, an article can be accepted with major revisions as long as it has one or two appealing points to the audience.

For students, linguistic competence is just one of the key contributors to academic literacy; other factors such as being able to manipulate the conventions of research genres, positioning oneself appropriately in the context of existing knowledge and research, consciousness of audience and communicative purpose, persistence in writing, and reliance on multiple feedback sources are no less important. As for ESL writing instructors, they need to create more empowering classroom settings where language and cultural differences are viewed as resources rather than problems. Further, it’s advisable to encourage students to experiment with rhetorical conventions and discursive practices in diverse contexts and from different perspectives, and to make it easier to access information sources and competent writing consultants. With concerted efforts from both parties, I think Chinese international students will have a greater chance of successfully acquiring academic literacy and cruising through the American universities and colleges with effortless ease.

Lina Sun is a PhD candidate in educational studies in the Department of Education at Saint Louis University, Missouri. Her research interests include children and young adult literature, and second/foreign language acquisition.