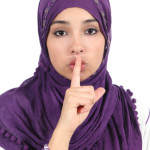 The Center for Immigration Studies (CIS) has released a new report based on recently-released Census Bureau data from the 2013 American Community Survey (ACS), showing that the number of people who speak a language other than English at home reached an all-time high of 61.8 million, up 2.2 million since 2010. The largest increases from 2010 to 2013 were for speakers of Spanish, Chinese, and Arabic. One in five U.S. residents now speaks a foreign language at home.