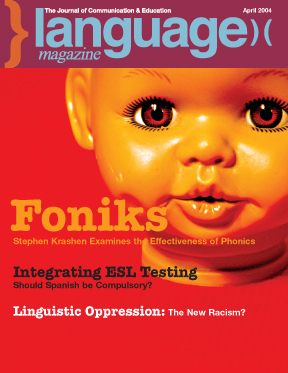 In an age where other forms of media compete with the printed word, educators and policy makers have been looking for ways to get people to read more books. In Georgia, for example, a recent proposal that would have students read the equivalent of 25 books a year has been met with criticism. Some teachers have said that setting such a goal is unreasonable and does not take into account the wide differences in students’ abilities, interests and access to reading materials. Despite such misgivings, it is clear that students in Georgia could do with some help. Georgia had the lowest scores last year on the SAT, which heavily emphasizes vocabulary while about 41 percent of the state’s fourth-graders scored “below basic” last year on the National Assessment of Educational Progress.
Literacy skills are vital to the health of the U.S. economy, as a new report from ETS has shown. The report – A Human Capital Concern: The Literacy Proficiency of U.S. Immigrants — characterizes the literacy skills of U.S. immigrants as a “human capital concern” that may chip away at attempts to improve the nation’s schools, labor markets, and social institutions. In the last decade, immigration accounted for more than 40 percent of U.S. population growth and an even higher proportion of expansion in the labor market.

The report found that a majority of foreign-born residents lack the English literacy skills sufficient to be successful in U.S. society. Two specific points:

1. A majority of U. S. 16- to 65-year-old foreign-born residents perform at the lowest literacy level.
2. U.S. immigrants have lower average literacy proficiency than immigrants in other high-income countries, even when the level of education is considered.

The consequences of these trends are myriad but it is clear that immigrants with higher literacy proficiencies have better employment opportunities and thus they are less likely to be economically disadvantaged or to require government funds. They are also able to take advantage of education and training programs and take part in public discourse.

Administrators and policymakers make the point that many federally funded literacy programs lack proper accountability and that few attempts are being made to track information about participants in these projects and their progress in skills acquisition — or lack of it. According to Irwin Kirsch of ETS, “It would also be highly desirable to track the true extent of immigrant enrollments in English as a Second Language programs, as well as of the ESL students’ English reading and writing proficiencies at entry and exit, and their educational, employment, and citizenship outcomes,” Kirsch adds. “We need comprehensive impact evaluations of the effectiveness of adult basic education programs for this group.

Moreover, as Andrew Sum of the Center for Labor Market Studies at Northeastern University pointed out, “A national need to address English-language and literacy proficiency deficits of the immigrant population has reached crisis proportions,” Sum states. “Nearly 40 percent of all 18- to 64-year-old immigrants who arrived in the United States in the 1990s lacked a high school diploma or GED. Between the 1990 and 2000 Census, the number who reported that they spoke a language other than English increased 51 percent to 32.8 million. More alarming, though, the number who either did not speak English at all or did not speak it well, rose to 8.3 million during this same period — a gain of 71 percent.”

Literacy concerns all of us. We need a cohesive plan that will address the need to increase the literacy skill level of the immigrant population and of native English language speakers. Let us open the debate on how best to do this here and now.

The Phonics Debate: 2004
Stephen Krashen examines the effectiveness of phonics in the light of the latest research

Speak Up!
Lori Langer de Ramirez and Susan Quintyne report on how teachers can target language use in the classroom