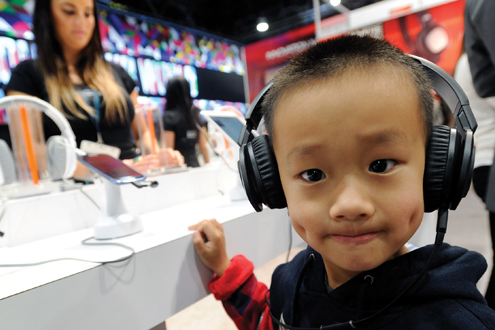 Language is as much a skill as it is a subject. Therefore, language learning must involve not only vocabulary and grammar study, but also practice and training of the skills necessary to communicate in a foreign language: speaking, listening, reading, and writing.

Listening comprehension is often regarded as an ability that is gradually acquired through constant exposure to the target language, when in reality, it is a tangible skill that can be improved through conscious practice and training.

Audio dissection is a technique that trains the ear to pick up the sounds of a foreign language that would normally be missed or misinterpreted. I first used this approach to training listening comprehension when I was listening to a TED Talk in French on YouTube. I found that I could only make out bits and pieces — a few words here and there — so in an attempt to increase my comprehension, I replayed small sections of the audio over and over again until I was able to make out every word of what was said. Since that first French TED Talk, I have refined this approach to improving listening comprehension to the method outlined below.

The Steps of Audio Dissection
NOTE: The goal of audio dissection is to understand every word of every sentence. If you cannot hear or understand a certain word in a sentence, you do not understand that sentence. A good way to ensure that you understand a sentence is to write it down. If you cannot write down the sentence word for word, you do not understand it.
1. Listen to the audio/video once fully without any transcripts and without replaying. This step is to determine the difficulty of the selected clip. If, after listening, you are able to understand approximately 60-90% of the material, the clip is of a suitable difficulty and you may proceed to dissecting it. However, if you are not able to understand at least 60%, you may not be able to improve your comprehension significantly even after dissecting the audio. Likewise, if you can understand more than 90%, the sample is too easy; you would get more out of dissecting a more challenging clip.

2. Start listening again. Play the audio in segments, pausing after each phrase, each sentence, or every couple of sentences. After you’ve played a segment, test your comprehension of what you just heard: Were there any words you didn’t know the meanings of? Were there any words you didn’t recognize? Was anything completely unintelligible? If the answer is “no” to all of these questions, you may want to confirm that you understood the segment by writing it down, saying it aloud to yourself, or listening to it one more time. Then move on to the next segment of audio. However, if the answer to any of the above questions is “yes,” you need to “dissect” the audio segment.

3. This is where the loop/repeat feature is crucial. Some MP3 players have a loop feature, and if you are on a computer, you can keep your cursor at the beginning of the audio segment on the timeline and simply click when you want to restart the loop. Figure out which part of the segment is unclear. To do this, first figure out whatever IS clear. Write down or say out loud everything that you CAN understand. This will help to single out the part that you have difficulty with.

A. After you have determined where in the audio segment the part you don’t understand lies, ask yourself these questions to discover more about the unknown segment: Is it a single word? Is it a phrase? What part of speech is it? Is it an idiomatic expression? Answering these questions may give you more insight into the nature of the unknown segment you are dealing with.

B. Use the context around the unknown segment for additional hints. For example, if you know that the segment is saying “The boy got on the bus but then realized he ______ his backpack” (maybe you are listening to a story), try to predict what the unknown part may be. In this case, “forgot” or “dropped” may make sense. Once you have a prediction and have translated it into the language of the audio, re-listen to the segment and see if the sounds you hear in the unknown segment match up with your prediction.

C. If you are not able to make a prediction based on the context, use the transcript in your native language to figure out the meaning of the unknown segment through reverse translation; use the meaning to figure out the word in the target language. For example, if I hear a phrase in Mandarin that I know means “I am leaving ______,” and I cannot make an accurate prediction about the unknown part, I would use my English transcript to find out that the meaning of the phrase is “I am leaving on Tuesday” (remember that transcripts can simply be captions or subtitles). Even though there are two ways of saying “Tuesday” in Mandarin, I know to choose one over the other based on what I hear in the audio.

D. If you are still unable to decode the unknown segment, try to transcribe the sounds that you hear phonetically. This may help you figure out the spelling of the word, which will allow you to look up the meaning. In phonetic languages such as Spanish, this technique is useful because the pronunciation of a word is directly correlated with its spelling. In other languages like English or French, however, homophones may lead to misinterpretations of spellings. For example, in French, the words fois (“time”), foie (“liver”), and foi (“faith”) all have the same pronunciation, which is why it is particularly challenging to develop accurate listening comprehension in non-phonetic languages.
E. As a last resort, refer to the transcript in the target language, which will provide the spelling for whatever words you were not able to hear. It is important that this transcript be used as a last resort, because the process of trying to decode the sounds that you hear is what improves comprehension ability, not simply getting the answer from a transcript.
F. If no transcript is available in the target language, skip the unknown segment and move on. You may be able to figure it out later.

G. NOTE: I recommend that as you go through Step 3, you write down any new words you learn or any patterns in the accent/pronunciation that you notice. In addition, it is necessary to re-listen to newly dissected segments multiple times to allow your mind to absorb and make sense of the sounds that it missed earlier. This is a crucial part of the process because you are training your mind to pick up what it could not recognize before so that when you hear something similar in the future you will be able to recognize and decode it immediately.

4. Now that you have finished dissecting your audio/video clip, listen to the whole thing from start to finish without any transcripts to see how your comprehension has improved from the first time you listened to it. If there are still segments that you are not able to understand, refer to your notes and try to recall your original dissection for that segment. Repeat this step as often as desired.

5. Listen to the audio sample with the transcript in your native language. This is to ensure that you correctly understood the meaning of everything you heard. Repeat this step as often as desired.

6. Listen to the audio sample with the transcript in the target language. This is to ensure that you have correctly understood the exact words that are being said. Repeat this step as often as desired.

7. Repeat Step 4. At this point, any gaps that you still had after Step 3 should be resolved by Steps 5 and 6. Your comprehension of the audio/video clip should be nearly at 100%.

What has been accomplished?
If you chose a clip that was of appropriate difficulty (above 60% initial comprehension) and you followed the steps of dissection for the entire clip, your listening comprehension should have increased significantly. The usefulness of this technique stems from the fact that native speakers follow speech patterns that are not obvious to non-native speakers. For example, in Spanish, the ending -ado is often pronounced as -ao by native speakers. If you notice this pattern during an audio dissection, it will be easier for you to recognize the next time you hear it.

Although the main goal of audio dissection is to improve listening comprehension, it is a compound exercise that trains many aspects of language. Similar to reading, listening is a great way to learn new vocabulary. By dissecting audio clips, you will not only learn new words but also learn to use them in context. This leads into one of the other most important benefits of audio dissection, which is understanding authentic sentence structures. As language learners, we must be aware of the differences in syntax and word order and usage between our native languages and the target languages. The best way to build this awareness is to study native, authentic sentences structures, which is exactly what audio dissection encourages.

Akshay Swaminathan, age 17, is a student at the Academy for Medical Science and Technology in Hackensack, NJ. He began studying foreign languages independently at the age of 14 and has since achieved proficiency in eight languages and continues to study many more. In high school, he has ranked in the top ten nationally in the National Spanish Exam and Le Grand Concours (National French Contest), and he will have completed his school’s five-level curriculums for both Spanish and French by the time he graduates in 2015. Inspired by the YouTube polyglot community, he has challenged the traditional classroom paradigm for foreign language instruction by incorporating unique learning strategies into his language study, which he shares on his YouTube channel: https://www.youtube.com/channel/UC4mHmFYxnmOtDyRleFaGRpQ.