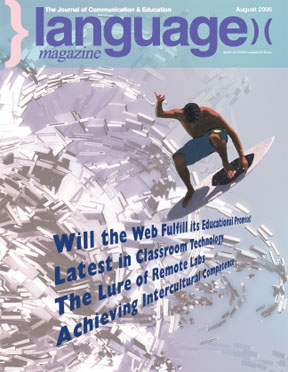 Over the last month, doping scandals have sent the sports of cycling and sprinting into turmoil, while baseball’s biggest hitter, Barry Bonds, continues to defend himself in Court against doping allegations.

Justin Gatlin, the 2004 Olympic gold medalist who earlier this year tied the world 100-meter record, acknowledged that he failed a test for testosterone. His disclosure came two days after the sports world was rocked by the announcement of an initial irregular test result involving Tour de France champion Floyd Landis, who has denied misconduct.

Simultaneous scandals involving two of sports’ most prestigious figures — the Tour de France champion and the world’s fastest man — raise the question of whether sports can ever be clean when the stakes are so high.

Doping-related challenges remain persistent and far more extensive than many casual fans might want to believe in any number of professional and Olympic sports, including Major League Baseball, cycling, and track and field. Athletes bent on manipulation have criminal doctors and biochemists working with them — and international networks provide athletes with anything that the pharmaceutical industry has to offer and at levels just under the permissible values.

“Anybody with an IQ over room temperature should have been able to figure this out, that doping is pervasive across all sports,” former Penn State professor Charles Yesalis, one of the nation’s leading anti-doping experts, recently told the Los Angeles Times.

Has it always been this way? Or is it a consequence of such great rewards for success? I believe that when the stakes are so high, normally rational people will go to extreme, and often unethical, lengths to succeed.
The punishments for failure mandated by the No Child Left Behind Act have put educators in the position where they literally cannot afford to allow their schools to fail, and the pressure is greatest on schools with large minority populations which have no access to alternative funding.

States are floundering in their attempts to implement tests (see News, p.9), because they are so concerned about the consequences of negative results. Assessments are essential to monitor student progress, and ascertain what is and is not working. However, when the stakes are so high, the temptation to skew results — teach to the test, etc. — becomes greater, and assessments begin to lose their value.

When the repercussions of insufficient improvement in test scores include funding cuts, job losses, and school closures, you can be sure that results will be manipulated by any means possible to tell the right story, which will mean covering up the results of those children who need the most attention, encouraging them to drop out so they do not show up in the statistics, or just leaving them behind again.

Will the Web Fulfill Its Educational Promise?
Steven Donahue ponders the future of the convergence of technology upon the educational system and personal privacy

The Lure of Remote Labs
Dr. Richard Laden lays out the reasons for using a Language Lab and extending it by remote access