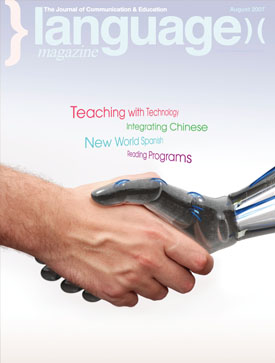 Although we are still well over a year away from the next presidential election, earlier primaries and the open field have compelled prospective candidates to hit the campaign trail early. Republican and Democrat hopefuls have already taken part in seven broadcast debates; however, education has hardly been mentioned.

No Child Left Behind finally came under scrutiny on commercial television when Democratic candidates squared off in Charleston, South Carolina, for the “YouTube” debate where actual voters had the opportunity to question candidates. They admitted that the No Child Left Behind Act was not working, and their views on it ranged from scrapping it all together to reauthorizing it with major changes. Governor Richardson of New Mexico was relentless in his criticism, “I would scrap it — it doesn’t work. One size fits all doesn’t work… English learners don’t get help,” and Senator Biden called it a “mistake.” Amazingly, such passionate opposition to a bipartisan Act barely received any coverage in the mainstream media.

For many voters, education is no longer the priority it once was — during the 2000 presidential elections, it ranked either first or second amongst voters’ priorities, while, in 2004, it fell to fifth. But a recent poll shows that a candidate’s position on education will have a greater impact on Latino voters than their positions on any other issue — including immigration and health care — and that Latinos are nearly unanimous that improving public education should be a “very important priority” for the next president.

The survey also found that Latino voters consider the high dropout rate among Latino students to be the greatest educational problem for the Latino community in the U.S., and that half of those surveyed declared that they considered the quality of public schools to be “mediocre” or “poor.” While generally rating teachers positively, more than 80% of the sample group felt that one way to improve public education in America was to hire more teachers with expertise in the subjects they teach.

Now, this poll was co-sponsored by ED in ‘08, a pressure group campaigning to make education a top priority in the 2008 presidential election (www.edin08.com), and the National Council of La Raza, so the findings may suit the sponsors, but the difference between the Latino perception of the importance of education as a political issue and that of the general population is so extreme that it cannot be ignored.

The only explanation must be that our education system has become so divided that it is serving the middle classes well, but is failing the underprivileged, immigrant, English Language Learner communities. If our system fails those most in need, it fails all of us, so we must do all we can to bring education back to the top of the political agenda.

New World Spanish
Hannah Zeiler heads south of the equator to see what Argentina, Ecuador and Peru have to offer

Last Writes
Richard Lederer is Out on a Limerick