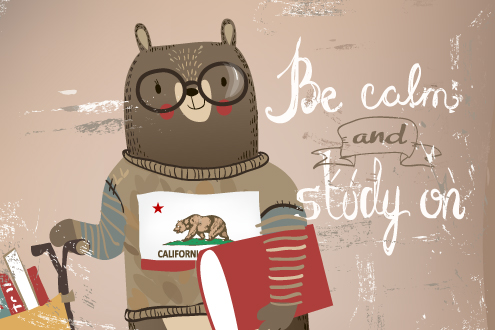 Nearly two decades after Proposition 227 crippled the state’s efforts to offer inclusive education, the California legislature is now at the forefront of efforts to make biliteracy and dual-language immersion institutionalized part, of its education. Leading the movement, advocating for a bilingual and biliterate California, is State Senator Tony Mendoza, himself a former educator with a multiple-subject bilingual teaching credential. Senator Mendoza chairs the state’s Select Committee on Biliteral Dual-Immersion Programs. The committee held an informational hearing in December about what dual immersion is in the classroom and what it means in a statewide context. The hearing on the Campaign for Biliteracy brought together some of the leading advocates for dual-language education and biliteracy.

Despite the limitations imposed by the 1998 proposition, bilingual programs have flourished in the state under the more politically acceptable term of dual-language immersion, and about four years ago, California implemented the nation’s first Seal of Biliteracy, an honor earned by graduating seniors with demonstrated proficiency in two or more languages. As the first state to award the Seal of Biliteracy, California set an example by officially recognizing the economic and social value of multilingualism, the realities of a global century, and the high level of academic achievement associated with attaining literacy in multiple languages. Within the first year, 10,000 seals were awarded, and the number has grown exponentially every year. Since its inception, excitement about the seal and increased awareness of the benefits of multilingual proficiency have led forward-thinking districts to invest in designing articulated bilingual and world language programs, build coherent pathways, and set policy to encourage and support the development of biliteracy. Raising awareness and educating communities around California is key to rallying support for opening biliteracy programs in schools. However, educating legislators, administrators, and other powerful decision-makers about the benefits of multilingualism is also necessary in order to effect the kind of systemic shifts that will allow for dual-language and biliteracy programs to spread across the state. Senator Mendoza was resolute in his opening remarks:

“I created this Select Committee to research the benefits and effects of having students learn multiple languages through dual-immersion programs and to study how we can duplicate these programs throughout California. For our purposes today, California’s multiculturalism is apparent in the growth of its dual-immersion education programs, which to date number over 400 in both public and private schools. As a former public school teacher, I believe that we must take a closer look at this fascinating model of instruction that is providing students with linguistic and writing skills that go far beyond what we previously believed possible. There are numerous reasons why hearings on this instructional method are critical. Dual-immersion programs and education are inclusive with an emphasis on quality, so that everyone who would like to become proficient in a language, whether it is in English or another language, can do so. Current monolinguistic models can be limiting or even stigmatizing for students. Dual immersion offers a level learning field for our students while enabling them to achieve biliteracy, or the ability to be proficient in two languages. In a globalized and economically competitive state like California, dual immersion can offer better comprehension and more positive interaction between people while granting a competitive professional edge to those who participate in such programs.

“My intent with this committee is to begin to educate not only the legislature but the different communities that we’re going to go to present to—for them to understand what is available, why these programs are successful, and how we replicate them.

“We need to create a campaign to educate the public about biliteracy, because there’s still some leftover stigma of bilingual education—leftover stigma that was politicized in the state many years ago, unfortunately to the detriment of our kids. I think that we’re in a time now where we’ve moved away from that, but there are still­ lingering effects of that, and misconceptions, and people who are just not aware of the benefits of biliteracy.

“There are a lot of important measures that are coming up in the next year that the public is going to be voting on in a year from now to talk about what direction we’re going to go in as a state. Do we continue to believe that biliteracy is a bad thing, or are we going to move past that and overturn it and actually move in a direction that will embrace and adopt biliteracy as a way of preparing our young kids for the next wave of jobs that are currently here and we’re not prepared for?”

Advocates for biliteracy and dual-immersion programs posit that the pedagogies and approaches to teaching content in the target languages are most effective and will indeed prepare youth for the future.

Implementing the proper systemic changes at the district level is also important. Districts are now being incentivized to create and sustain dual-immersion and biliteracy programs from nongovernmental institutions as the California legislature catches up to speed. Shelly Spiegel-Coleman of Californians Together explains, “As a result of the overwhelming response and implementation of the California State Seal of Biliteracy, with over 85,000 students being recognized, speaking over 26 different languages, it is now time to focus on programs that support student eligibility for the State Seal. The California Campaign for Biliteracy’s goal is to develop preschool through high school programs that will prepare students with proficiency in two or more languages so they may speak to, from, and across multiple communities and nations. We hope to inspire the development of strong dual-language programs, multiple opportunities, and comprehensive pathways enabling all students to reach the goal of high levels of proficiency in two or more languages fully qualified to receive the Seal of Biliteracy recognition upon high school graduation.

“As an important component of the campaign, Californians Together has established criteria for a Multiple Pathways to Biliteracy District Recognition Award. This award goes to districts that have established multiple pathways and programs leading to biliteracy pre-K–twelfth grade in multiple languages. Four districts have been recognized: San Francisco, Glendale, Ventura, and Chula Vista. It is hoped that this district recognition will become a state recognition paralleling the individual State Seal of Biliteracy either through legislation or policy. This award makes visible the opportunities and options that districts have implemented as models for a comprehensive statewide focus on biliteracy and bilingualism.”
Karling Aguilera-Fort, president of the California Association for Bilingual Education (CABE) and assistant superintendent of the San Francisco Unified School District, highlighted the importance of individual school administrators and especially of principals during the hearing, debunking commonly held myths about dual immersion:

“At the district level and at the administration level, every single principal, and it doesn’t matter what kind of school you work at, should know about learning a second language and about leading a school of biliteracy programs.
“Biliteracy programs need support at the state level in order to effect systemic change through which administrators and principals can understand and identify rich instruction in a second language.”
Aguilera-Fort argues that all principals should be informed about dual-language and biliteracy programs because supporting the idea of biliteracy without understanding how successful programs operate is not sufficient.
As the proverb goes, knowing is half the battle. Multilingualism advocates are optimistic about the campaign, which is the fruit of a collaboration between all levels of state education policy. The number of dual-language and biliteracy programs should grow with community awareness about their benefits for children and for California’s future.