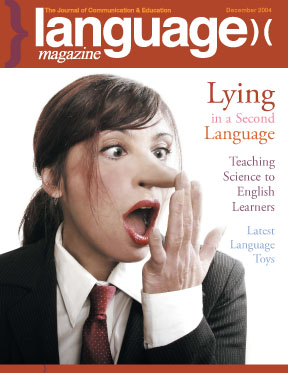 Despite on-going concerns over election irregularities, President Bush is set to commence his second term with the added boost of a popular mandate and Republican control of the House of Represent­atives. What does this mean for education? Probably, more of the same.

Amongst the deluge of resignations following the president’s re-election, one of the more significant was that of Secretary of Education, Rod Paige. Although he remained loyal to the president and their positions on major issues were generally in line, Paige is his own person, unafraid to speak his mind, as was borne out so painfully when he referred to members of the National Education Association as “terrorists.” Hopefully, this comment had more to do with his resignation than has been publicly acknowledged.

Pending Senate approval, Margaret Spellings will be replacing Paige, which is comparable to Condoleeza Rice replacing Colin Powell in that the newcomers are both Bush insiders with considerably less experience in their respective fields than their predecessors. We can presume that these changes will ease the passage of the president’s agenda to policy.

The Bush Administration is likely to reinforce its flagship — the No Child Left Behind Act. During the campaign, the president expressed his desire to extend NCLB’s annual testing requirements to high schools and called for staying the course concerning the rest of the law. He also proposed $500 million in extra money for teachers whose students excel, as well as extra help for middle and high school literacy efforts. The president is expressing interest in returning to a more bipartisan approach during his second term, mentioning in particular his success working with Democrats in 2001 on NCLB, however many Democrats now regret their support for the law, which they consider to have had negative repercussions for schools. Despite the funding shortfalls and widespread criticism, the Administration has successfully convinced the electorate that the policy is working, so it is unlikely to be challenged. In any event, NCLB does not require reauthorization until 2007, whereas Head Start and the Higher Education Act will soon be up for discussion.

Regarding Head Start, the president advocates focusing more on literacy skills and coordinating with state programs, while Democrats are generally in favor of increasing teachers’ salaries and fully funding the program. On the Higher Educa­tion Act, neither party has come up with concrete proposals on key issues such as teacher preparation.

Democrats and others opposed to NCLB will need to develop a coherent set of proposals for 2007. In these times of budgetary cutbacks, traditional remedies like class-size reduction and school construction are unlikely to receive approval. Proponents of education reform will need to focus on alternative sources to succeed in their quest for adequate funding for second language programs and policies focused on improving the education of minorities, such as universal preschool.

NCLB is here to stay, so we have to find ways to work with it, subtly adapt it and supplement it with state and local programs designed to truly ensure that no child is left behind.

Success Insured
Insurance is an area that we may neglect, but educators have special requirements and specialist insurers