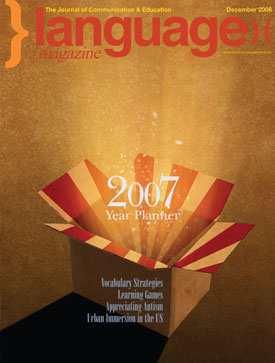 For a change, education policy was not top of the agenda during last month’s Congressional elections, but the Democrats success in gaining control of both the House of Representa­tives and the Senate has left most educators feeling confident that the educa­tion sector will fare better under this new stewardship. But, is this confidence well founded?

It was a policy aimed at average income families, with particular relevance to minorities who are being excluded from college by increasing costs. The outgoing Congress cut funding for Pell Grants (which go to the most needy students), moved too slowly to end subsidies to private lenders, and failed to react to increases in college tuition fees. To improve the situation, the Democrats are proposing several changes, including increasing the tax allowance on tuition fees to $12,000 from $4,000; increasing the funding for Pell Grants and raising the maximum annual grant (for the first time in four years) to $5,100 from $4,050; cutting the interest rate for federal student loans in half, to 3.4 percent; and reviving the Star program proposed by Sen. Kennedy (D-Mass.), whereby the federal government would expand its direct-loan program by offering loans through universities that choose to join, rather than through private banks, thus enabling uni­versities to give more students financial aid.

We must insist that our newly-elected representatives proceed with these policy changes as college access should be based upon merit, not wealth, and our society will only truly integrate once minorities are able to take advantage of our college system, admired the world over.

Preparing kids to go to college or even just to graduate from high school must be the priority for the new legislature, which looks likely to re-authorize the No Child Left Behind Act and probably extend its scope, but not for at least a year, and our schools need all the help they can get right now.

Rep. George Miller (D-CA), the incoming chair of the House Education and Workforce Committee, recognized the problem just a couple of months ago, when he responded to the President’s claims of educational progress, “The No Child Left Behind law was an historic reform that held out the promise of finally closing the academic achievement gaps among different groups of students in our schools. I helped write the law and I remain a strong supporter of its core goals. But over the last five years the Bush administration has severely undermined the law’s success by failing to give schools the resources and guidance they need to meet its demanding standards.”

Rep. Miller and Sen. Kennedy, as incoming chair of the Senate Health, Education, Labor and Pensions Committee, must move quickly to restore education funding and make good on their campaign promises. And we must not hesitate to prod them in the right direction should they delay.

Urban Immersion in the U.S.
Hannah Zeiler goes in search of the ideal urban environment for English immersion