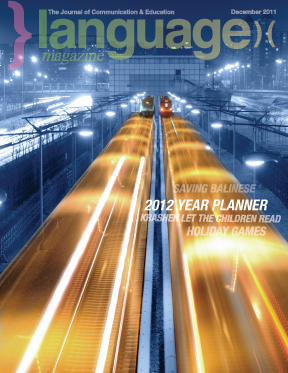 As we continue to struggle with our economy, it’s hardly surprising that the traditional scapegoats – immigrants – are being targeted as contributors to economic decline. However, international diasporas may hold the key to recovery and their assimilation, despite the critics, is following the same pattern of every immigrant influx.

U.S. exports to Spanish-speaking countries far exceed those to China which must be attributable in part to the cultural and linguistic bonds between Hispanic Americans and their trading partners. With the latest increase in Asian immigration (see page 11), we can also expect that the accompanying cultural knowledge will boost exports to that continent. It may even be argued that this nation owes its history of economic success to the international perspectives afforded by continuous immigration flows.

Over the last couple of years, states led by Arizona and Alabama have used the federal government’s inaction on immigration as justification for introducing their own draconian measures. The rhetoric about undocumented immigrants has certainly fuelled racist elements — the FBI’s annual hate crime statistics recently reported that two-thirds of victims of ethnically motivated hate crimes in 2010 were “targeted because of an anti-Hispanic bias,” the highest percentage of such victims for at least a decade. However, recent research shows that the latest immigrant wave is an asset to the country.

According to the report, “Assimilation Tomorrow: How America’s Immigrants Will Integrate by 2030,” published by the Center for American Progress, astonishingly high levels of immigrants are projected to learn English, buy homes, acquire citizenship, and attain solid economic footing in the U.S.

The report tracks the cohort of immigrants that arrived during the 1990s — a decade when many settlers arrived. Among the most important findings, the authors estimate that while only 57.5 percent of all immigrants from the cohort spoke English well in 2000, by 2030, 70.3 percent are projected to speak the language well, while the parallel progress for recent Hispanic immigrants shows that almost double the 36 percent who spoke English well in 2000 will do so in 2030 (over 57 percent).

As one of the authors commented, “This is the American Dream … and that achievement is something you don’t hear about very often, because it doesn’t support an agenda held by restrictionists.” Rather than hinder the economy, immigrants will increasingly become the future consumers and homebuyers of America, helping to restart our retail and housing markets.

There are now 215 million first-generation migrants around the world: three percent of the world’s population — a little larger than the population of Brazil. International networks of family, culture, and language make it easier to do business across borders, especially with modern communications. A Harvard Business School study shows that American companies that employ lots of ethnic Chinese people find it much easier to set up in China without a joint venture involving a local firm. And, most foreign direct investment in China is faciliatated through its vast expatriate network.

Borderless business has now become a reality and future success will depend on our ability to understand and react to international markets. Online, we can sell and buy internationally in one click. With immigrant “insider” know-how, we will have the tools to adapt to new markets, the cultural knowledge to understand them, and the languages to communicate with them.

Ludicrous Learning
Just in time for the holidays, Language Magazine presents a showcase of gift ideas for the ludic learners in your lives

Despite Economy, Study Abroad is on the Rise
Kristal Bivona unwraps the latest report on Americans studying abroad