Governor Scott joins education officials in face-off with the Department of Education. 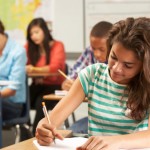 Florida is facing off against the Department of Education over a denied request for giving English language learners (ELLs) two years in public schools before their assessment scores factored into school grades. While Arne Duncan’s office approved Florida’s waiver extension for some parts of No Child Left Behind, they refused the testing timeline that Florida proposed, stating in a letter, “Current law requires assessing all students in tested grades and including their results in accountability determinations in order to ensure that teachers and parents of ELs have information on students’ progress and that schools are held accountable for the academic achievement of ELs.”

Now Florida Governer Rick Scott teamed up with state education Commissioner Pam Stewart and Miami-Dade Schools Superintendent Alberto Carvalho, announcing that they will formally request that Duncan rescind denial of the 2-year ELL assessment timeline. Carvalho called holding schools and teachers accountable for ELL test scores after only one year “unfair and unreasonable,” stating that students are noticeably more proficient after two years. On average, ELL testing scores increase by 28% in the second year of instruction.

In an op-ed following the federal Department of Education’s decision, Carvalho wrote, “We must reassess inflexible and flawed federal educational policy that negatively affects our fragile student populations of English-language learners and children with disabilities. We must re-examine Florida’s celebrated, and recently maligned, No Child Left Behind waiver that many see as having exchanged unreasonable federal policy for arbitrary state rules.”

Governor Scott promised to pursue all legal options if their request is denied.

“It’s not fair to the students, or the schools, or the teachers, or the parents to count the results of these students until after their second year,’’ Scott said. “Ultimately, federal bureaucrats will punish Florida schools for their diversity.”