From Paris to Dakar 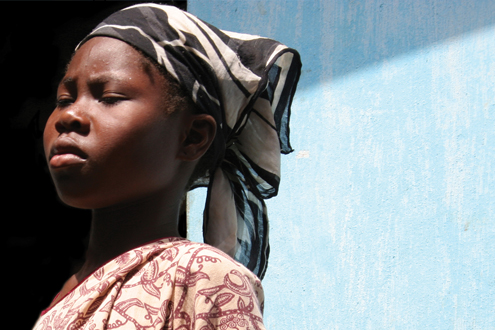 How will the Arab Spring and Africa’s development affect French’s position in the world?

The race is on to see if French will be Africa’s language of choice as it develops economically and politically.

French is spoken by more people than ever — 220 million worldwide, according to the International Organization of the Francophonie (OIF). With 96.2 million Africans speaking French at the moment, the OIF believes that rising rates of literacy and birth rates mean there could be 700 million French-speakers in the world by 2050.

About half of all French speakers live in an African country. However, this data is probably not completely accurate, since the statistics exclude people who only speak the language without being able to read and write French. Therefore, the figure of 220 million French-speakers is an underestimate — especially in Africa, home to more than half of OIF’s members.

The recent growth of pro-democracy movements in North Africa and the Middle East has focused the world’s attention on a slew of Francophone countries where the widespread use of French may prove crucial to their development.

In Tunisia, where the Arab Spring first sprouted, more than 60 percent of the population speak French (mainly as a second languages with Arabic mother tongue). About half of the Lebanese population also speak French as well as a quarter of all Algerians and Moroccans. Egypt and Libya have smaller percentages of French speakers but it is significant in that its use is concentrated amongst the most educated sectors of society.

According to the OIF, Africa could represent over 85 percent of the Francophone world by 2050, if the population growth does not slow, and if literacy continues to improve thanks to increased schooling so the actual teaching of French and in French is going to be very important for the language’s development on the continent.

French-medium education and the teaching of French as a second language are the keys to its significance in Africa’s future. The tables “North African French Learning” and “Sub Saharan French” show the large number of Africans who learn French and use it as an educational medium. As long as the percentage of students using/learning French can be maintained as student numbers go with increased affluence, the language’s future in the continent will be assured.

In sub-Saharan Africa and the Indian Ocean, despite the difficulties in maintaining a basic level of education, there are several programs that promote the learning French alongside African languages and creoles. Distance learning programs in French for elementary teachers are having a significant effect.

Perhaps surprsingly, French as a foreign language is the second most frequently taught language in the world (116 million people are learning and programs are available in every single country worldwide).

The head of the OIF’s observatory of the French language, Alexandre Wolff warns that the growth is far from guaranteed. French is a second language for most of its speakers, so it will only continue to flourish if countries keep it on their school syllabuses. “French is the mother tongue in a few countries: France, francophone Belgium, francophone Switzerland, Quebec and some Canadian provinces, Luxembourg and Monaco, i.e. 75 million people,” says Wolff.

“As a language of instruction or learned as a foreign language, French enables access to international information and knowledge sources. It is a great career tool for business and its mastery remains a necessary condition for progression into the higher echelons of international organizations,” explains Abdou Diouf, the secretary general of OIF, and the former president of Senegal in West Africa.

If the new North African democracies are allowed to flourish, the predictions that this will be Africa’s century prove true and its economic development really accelerates, then demand for French will undoubtedly increase so now is the time to start studying.