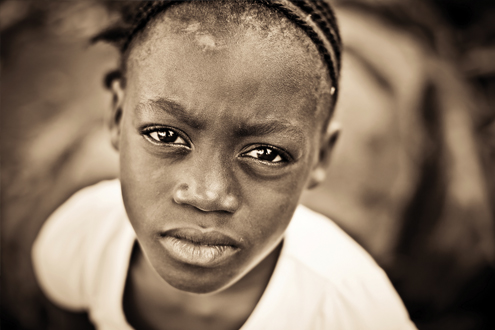 A growing segment of the immigrant population on college campuses today is part of what is currently referred to as Generation 1.5, immigrants whose traits and experiences lie somewhere in between those associated with the first and second generation (Rumbaut & Ima, 1988). Because of their unique status, not recent immigrants and not mainstream American students, these students often fall through the cracks and find it extremely difficult, if not impossible, to succeed in college. This article offers suggestions to teachers all of disciplines who need to be aware of and prepared to meet the disparate needs of these groups.

New Jersey has long attracted immigrants because of its proximity to New York City, availability of jobs, and established ethnic communities. According to 2008 reports, 32 percent of the state’s children lived in a household with at least one foreign-born parent, and in 26 percent of their households, English was not the primary language. Since New Jersey has such a high population of English learners, it is not surprising that all the institutions of higher education in New Jersey have many applicants who are non-native speakers (NNSs).

My institution of higher education is situated in the southern part of the state, which is fairly rural. Despite this rural location, it draws from several surrounding urban school districts. Many students from these districts are multicultural/multilingual. For years, my institution has admitted NNSs who meet the admission criteria. However, some of the NNSs who meet the minimum admission criteria still need language support. My institution has neglected to offer any language support services, leaving that responsibility to the elementary and secondary schools and community colleges in the area.

Many of the NNSs that are accepted have completed English as a Second Language (ESL) programs during their school years and some have two-year degrees from community colleges. The community college programs for these NNSs usually consist of three-course (non-credit) sequences, and once students complete the courses successfully (i.e., gets passing grades), they are then able to register for credit-bearing mainstream classes. A high school diploma or com­pletion of a community college ESL program does not necessarily mean that a student has acquired the language proficiency necessary for a more academically strenuous curriculum.

When I began my work at this college in the fall of 2008, I was amazed that there was no system in place to identify these students, offer support to them, and follow their academic progress. Since there was no system of identification (e.g., no question on the application asking about native language), my institution had no information about its NNSs. We were reporting to the state that we had no NNSs, which was inaccurate. There were members of the college-wide faculty and professors in the School of Education who were concerned about these students and understood the need for this information. I immediately decided to address this need by proposing a pilot study to inform all the faculty and staff members of my institution of the need to identify these students, and provide services to support them and aid their academic success.

In 2009-2010, my institution funded a research project entitled “Identification, service and support of non-native English speaking students,” which had the following objectives:
1. To identify the students who are NNSs of English who might be struggling due to limited academic proficiency in English,
2. To determine what services the students want, and
3. To support this population by offering services such as:
• Writing tutors trained specifically in second language acquisition-related writing issues
• A student orientation geared to the needs of NNSs
• A class to help them improve their academic English

Across the globe, the number of non-native language speaking students on college campuses and in academic classes is increasing. NNSs on campuses in the U.S. can be divided into three groups: international students, resident immigrants and generation 1.5 students. Obviously, international students are those who come to the U.S. for their education. Immigrant residents are those who live in the U.S. but were born and educated in another country. And, who are these generation 1.5 students?

Generation 1.5 students are U.S.-educated English language learners. There is great diversity among them in terms of their prior educational experience, native and English language proficiency, language dominance, and academic literacy. Some of these students immigrated to the United States while they were in elementary school; others arrived during high school. Still others were born in this country but grew up speaking a language other than English at home…Equipped with social skills in English, generation 1.5 students often appear in conversation to be native English speakers. However, they are usually less skilled in the academic language associated with school achievement, especially in the area of writing (Harklau, 2003, p.1).

Valdés (1992) asserts that institutions of higher education must come up with a system to differentiate these students. He goes on to point out: “…it is crucial that institutions devise criteria to differ between students who are not fluent in English and therefore need ESL [English as a Second Language] instruction and students who have problems with academic English but do not need ESL classes” (quoted in Harklau, 2003, p.1). The first group is still in the process of learning the basics of English while the latter group no longer needs basic English instruction, but may use nonstandard forms of English and/or has not acquired academic English (Singhal, 2004).

At home, they speak their native language and participate in the rituals of their native culture. At school, they speak their second language and try to fit in with American cultural routines. These students sound orally fluent, but they may not be academically fluent. Many of these students have lost or are in the process of losing their home languages without having learned their writing systems or academic registers. Unlike international students, generation 1.5 students lack a basis of comparison in fully developed oral, written, or both systems of a first language (Thonus, 2003, p.18).

Roberge (2003) notes that the overwhelming majority of generation 1.5 students test and are placed into developmental classes due to their weakness in reading and writing skills. However, developmental writing and/or reading classes are geared toward native speakers with learning challenges, while language classes for international and resident immigrant NNSs address the issues of students who have had both limited exposure to the native language and culture, and may have limited reading and writing skills. Therefore, neither developmental nor traditional language support classes provided for international and immigrant resident NNSs meet the needs of generation 1.5 students. At the same time, mainstream college classrooms, which are geared toward native speakers, do not meet their needs either. Generation 1.5 students, while having native sounding oral ability, may not be able to write or read as well as the native speakers in the class (Singhal, 2004).

Generation 1.5 students are often left in limbo with no appropriate college class to help them with their specific language issues. They begin their college careers thinking they will be successful but some of them begin dropping classes or dropping out of school when they discover they do not have the tools (e.g., the necessary academic language) or the support they need for success. For many students, academic success is their ticket to freedom. If they are not successful in school, disillusionment hits them hard and it is psychologically difficult to overcome (Harklau, 2003). Therefore, it is of paramount importance to begin this process of serving generation 1.5 students in any institution by implementing a system of identification and offering them appropriate language support services.

It was clear that there were faculty members in various areas who really wanted to help these students and learn more about their language needs. But the first step was to identify them — the college had reported to the state that there were no NNSs on campus as there was no question on the application requesting information about primary home language, so there was no data to report. This question was soon added to our application forms.

We also created an online survey to encourage NNSs to self-identify and indicate which services they would use if provided. Of the 6,000 students, 89 responded (1.5 percent of the total student population) indicating that if offered a class that reviewed the basics of English for academic writing, 63 percent of the respondents would be likely to take it. In addition, 90 percent of the respondents said they would go to the writing center if tutors were trained to work with non-native English speaking students. Even though the response rate was low, the returns suggested ways to better support these students.

The academic advisement center was an importance resource of help as it is the job of the counsellors in this department to give guidance to students as to which courses they should take to help them meet their academic goals. They were very attuned to the problems NNSs have and were more than willing to collaborate on piloting a placement test for those students who self-identify as speaking a language other than English at home. We piloted an ESL placement test from the same assessment company that produces our other tests.

I then created a course entitled Academic English Workshop specifically designed for NNSs., as well as a tutor-training course for writing tutors interested in working with this population.

Another area of differing strengths and weaknesses is in the area of social language/skills and academic language/skills. Generation 1.5 tend to have better social skills and more fluent L2 conversational language, while international students tend to have stronger skills in L2 grammar and more academic language (Harklau, 2003). These are strengths which they can share and learn from each other.

Areas for both groups to work on are oral presentation skills and acceptable American academic library research skills and practices. These are skills that Generation 1.5 students may never have learned and about which international students may need to become familiar.

Like many other institutions across the globe, our faculty has chosen internationalization as one of its strategic goals for the next ten years by agreeing on the need to “…make international students a high priority by improving orientation services, academic and non-academic counselling, peer support programs and other support initiatives by making them more accessible to international students.” I have challenged the faculty to consider that international students are not the only students who need language support; all NNSs bring cultural and linguistic diversity to our campuses. “Internationalization in learning and teaching in higher education is largely constructed around the spirit of internationalism; that is, it fosters concepts such as interconnectivity, plurality, interdependence and respect for and openness to people and ideas from other countries and cultures” (Sanderson, G., 2010). All of our NNSs bring important resources to our goal of internationalization. Differentiating for these two groups of students is important for successful learning to occur and to encourage these students in their academic pursuits.

Lois Spitzer has an Ed. D. in Applied Psycholinguistics from Boston University, an M.Ed. in Secondary Education/ESL from Rhode Island College and a B.A. in French from California State University Fullerton. She currently teaches education, ESL and linguistics at Richard Stockton College of New Jersey and is active in TESOL and NAFSA.