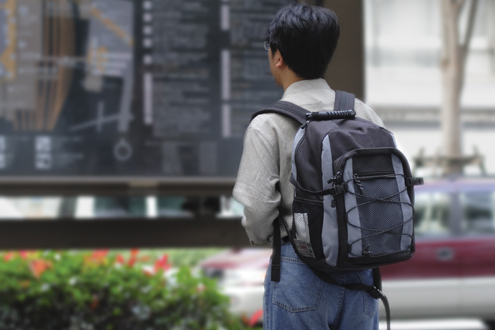 The 2012 Open Doors Report on International Educational Exchange, released last month, found that the number of international students at colleges and universities in the U.S. increased by 6% to a record high of 764,495 during the 2011/12 academic year, while the number of Americans studying abroad increased by just 1%. Interna­tional exchanges contributed $22.7 billion to the year’s U.S. economy.

There were increases in the number of students from 12 of the top 25 places of origin, including Brazil, China, France, Indonesia, Iran, Mexico, Russia, Saudi Arabia, Spain, the UK, Venezuela, and Vietnam. At the same time, numbers declined from several major sending countries, including India (down 4%), South Korea, (down 1%), and Japan (down 6%). The factors driving these declines may include global and home country economic factors, growing higher education opportunities at home, and stronger employment opportunities at home after graduation.

U.S. Students Studying Abroad
In the 2010/11 academic year, 273,996 American students studied abroad for academic credit, an increase of one percent — an all-time high. U.S. students studying abroad increased in 17 of the top 25 destination countries. Five percent more students studied in China and 12% more students studied in India than in the prior year. The UK remains the leading destination for American students, followed by Italy, Spain, France, and China — which remained the fifth largest host destination for the fifth year. There were significant increases in the number of Americans studying in several “non-traditional” destinations outside Europe: Brazil, China, Costa Rica, India, and South Korea. More Americans also studied in some of the European destinations, with 9% more studying in Italy, and smaller increases in study abroad to Austria, Germany, Ireland, Spain, and the UK. Many campus leaders remain committed to ensuring that large numbers of their students have an international experience before graduating, and 33 campuses had study abroad participation rates of more than 70% of their student body.

Study abroad by American students has more than tripled over the past two decades, and numbers rose significantly in 2009/10 with a 4% increase and are continuing to grow. However, American students studying abroad still represent a small proportion of total enrollment in U.S. higher education. About 14% of American students receiving Bachelor’s degrees this past year have studied abroad at some point during their undergraduate programs, while only 1% of U.S. students are studying abroad during a single academic year (273,996 out of the more than 20 million students enrolled in U.S. higher education).

Students going to Japan dropped 33% (with programs disrupted by the March 2011 earthquake and tsunami), and a 42% decrease in U.S. students studying in Mexico coupled with smaller declines in students studying in six of the top 25 host countries, kept the total study abroad number from showing a more robust increase in 2010/11. Early feedback from leading U.S. study abroad programs suggests that growth has picked up again.

In an effort to increase study abroad to strategic priority countries, in Fiscal Year 2012 the State Department’s Bureau of Educational and Cultural Affairs awarded ten grants to expand capacity of American institutions to send U.S. students abroad and the capacity of host institutions overseas to receive them. According to IIE’s Center for International Partnerships, U.S. colleges and universities are increasingly looking to form innovative partnerships with campuses abroad to enable more of their students to study in one another’s countries, and to encourage collaboration among faculty and researchers. They are developing new study abroad programs, with strategic links to the institutions’ international goals and curriculum.