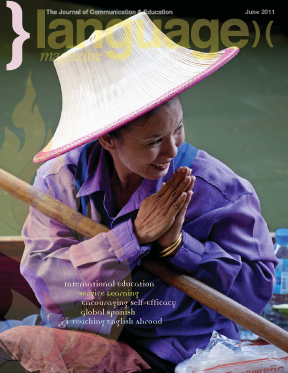 Amid the euphoria over the slaying of bin Laden and the spread of democratic insurgencies across the Middle East and North Africa, other equally significant worldwide events have not been afforded the same media coverage. Unless you have been educated to have an international outlook, have contacts, and know where to find information, it would have been easy to overlook these events which may well have considerable consequences.
Just across the border in Mexico, we have seen the emergence of an enormous public backlash against the violence that has plagued the country. The movement is characterized by a single slogan, Estamos hasta la madre — no más sangre (“We’ve had it up to here, no more bloodshed.” The phrase hasta la madre is peculiar to Mexico which makes it all the more poignant but less accessible even for Spanish speakers.) And it was triggered by a single incident — the death of Juan Francisco Sicilia, whose father Javier Sicilia, a poet and journalist, launched The March for Peace with Justice and Dignity, a three-day event which culminated in a rally in Mexico City. The idea was simple: a silent march and a single slogan but it captured the popular imagination and on May 8, hundreds of thousands of people marched all over Mexico demanding a radical change to government policy away from perpetual warfare and toward an integrated political solution to the conflict.

Later in May, on the other side of the Atlantic, several thousand people gathered in Madrid’s Puerta del Sol for a demonstration against unemployment and the Spanish government’s social policies defying a ban by the city’s election officials. The movement spread so rapidly across the country that, at the time of going to press, tens of thousands of Spaniards had taken over squares in 60 cities, clamoring for political, economic and social reform. The group Real Democracy Now, which helped organize the protests, put unemployment at the top of its priorities. Also of great concern are political corruption and education cuts.

The protests, whose success surprised everyone, are reminding many of the uprisings in Egypt and Tunisia, albeit without the same fear of repression. So popular had the protests become that when Spain’s electoral commission ruled them illegal because they would break the ban on political activities the day before elections, the crowds only grew stronger.

Despite the size of these movements, very few people outside of their respective countries have even heard about them, let alone have the background knowledge to be able to put them into context and recognize their significance. However, there is a common thread amongst those who are aware of these events — international experience — be it through language, education, work, or even social networking. They may speak another heritage language, have studied abroad, worked overseas, or communicate with “Skypepals” and Facebook buddies around the world. Whatever type of global experience they have acquired, it has given them the enormous advantage of an international outlook which will be of ever-increasing benefit in the future.

To succeed in the 21st century, we need the tools to participate in the global village that our technology has created. There is also a price for participation. That price is the internationalization of our educational systems via languages, communication, and travel.

Your Country Needs You to Study Abroad