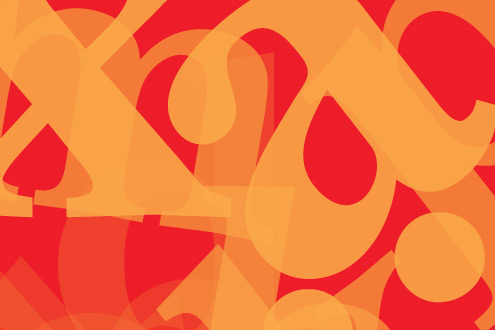 Carnivores eat flesh and meat; piscivores eat fish; herbivores consume plants and vegetables; verbivores devour words. I am such a creature. My whole life I have feasted on words — ogled their appetizing shapes, colors, and textures; swished them around in my mouth; lingered over their many tastes; let their juices run down my chin. During my adventures as a fly-by-the-roof-of-the-mouth Riddler Reacher (an anagram of Richard Lederer), I have met thousands of other wordaholics, logolepts, and verbivores, folks who also eat their words.

One species of verbivore sees words as collections of letters to be juggled, shuffled, riffled, and flipped. Lovers of logology — the art and craft of letter play — are spellbound by the fact that TWENTY-NINE is spelled with capital letters made of straight lines only: 29 of them, to be exact. They swoon that ambidextrous is alphabetically ambidextrous. Its left half, ambide, uses letters from the left half of the alphabet, and its right half, xtrous, uses letters from the right half of the alphabet. Logologists fall heels over head in love with temperamentally — a snowball word that can be cleft into five words that are one-, two-, three-, four-, and five-letters long: t, em, per, amen, tally.

One of the mightiest challenges for the intrepid logologist is to construct the perfect pangram — a sentence that employs every letter in the alphabet at least once. The most famous exhibit is: The quick brown fox jumped over a lazy dog. But since that 33-letter statement was created for typists, many shorter ones have bounded onto the stage:

If you can come up with a 26-letter pangram that makes easy sense and doesn’t resort to initials, names, and mutant words, wing it to me, and I’ll make you famous.

Richard Lederer M.A.T. English and Education, Ph.D. Linguistics, is the author of more than 35 books on language, history, and humor. Explore his web site www.verbivore.com Write him at [email protected]