Richard Lederer celebrates 150 years of a Wonderland of words 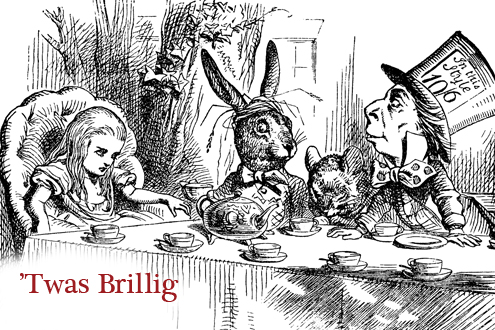 On the fourth of July, 1862, a young Oxford don dressed in white flannels and a straw boater took the day off to go a-rowing and go on a picnic with a Rev. Robinson Duckworth and three small girls. The don was Charles Lutwidge Dodgson, who was then, and for more than 25 years would remain, a mathematical lecturer at Christ Church, and the girls were the daughters of Henry George Liddell, dean of the college.

That afternoon, ten-year-old Alice Liddell, the middle of the three sisters, begged, “Tell us a story, please,” and Dodgson began to spin a dreamtale about another little girl named Alice who followed a white rabbit down a hole and into another world. “Oh, Mr. Dodgson, I wish you would write out Alice’s adventures for me,” Alice Liddell said before the boating party disbanded. Dodgson granted her wish and on November 26, 1865—150 years ago—published Alice’s Adventures in Wonderland under the pseudonym Lewis Carroll. Public response was so enthusiastic that the author was inspired to follow one masterpiece with another: Through the Looking Glass appeared in 1871.

The stories of Alice’s tumble down a rabbit hole and her adventures on the other side of the mirror are among the classics most widely read and adored by both children and adults alike. Carroll has become one of our most quoted authors, and the archetypal characters in his work have become imprinted on world folklore. Alexander Woollcott wrote, “Not Tiny Tim, nor Falstaff, nor Rip Van Winkle, nor any other character wrought in the English tongue seems now a more permanent part of that tongue’s heritage than do the high-handed Humpty Dumpty, the wistful Mad Hatter, the somewhat arbitrary Queen of Hearts, the evasive Cheshire Cat, and the gently pathetic White Knight.” Why, we may ask, does the work of this girl-doting bachelor exert such a powerful hold on our collective imagination?

Although analyzing Carroll’s fantasies is like trying to dissect a soap bubble, surely one source of their enduring appeal to children of all ages is their special sense of wonder about language. Carroll showed a particular aptitude for making up blends by merging two words and deleting parts of one or both. He called these inventions portmanteau words, because he loved to scrunch two words into one as clothes are crammed into a portmanteau, or traveling bag. The most famous example of Lewis Carroll’s facile gift for blending is his “Jabberwocky” poem, which begins:

’Twas brillig, and the slithy toves
Did gyre and gimble in the wabe;
All mimsy were the borogoves,
And the mome raths outgrabe.

When Alice asks Humpty Dumpty to explain the word slithy, he answers: “Well, slithy means ‘lithe and slimy.’ You see, it’s like a portmanteau—there are two meanings packed into one word.” Dumpty later interprets mimsy: “Well, then, mimsy is ‘flimsy and miserable’ (there’s another portmanteau for you).” Two words that appear later in “Jabberwocky” have become enshrined in our dictionaries—chortle (chuckle + snort) and galumph (gallop + triumph).

As long as we human beings live and move and have our being, we shall draw delight and wisdom from the slim fantasies written by the shy Oxford don whose adopted name has become a synonym for a very special kind of magic.