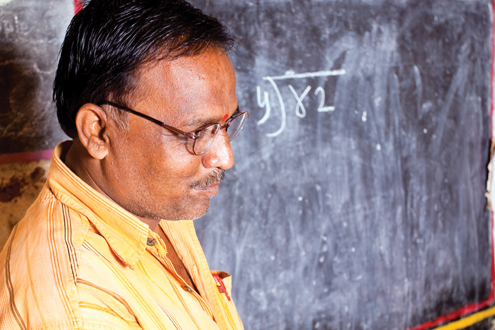 Richard Lederer on why teachers matter

In the first major address of his presidency, Barack Obama said: “In a global economy where the most valuable skill you can sell is your knowledge, a good education is no longer just a pathway to opportunity — it is a prerequisite….

“So tonight I ask every American commit to at least one year or more of higher education or career training… Dropping out of high school is no longer an option. It’s not just quitting on yourself, it’s quitting on your country — and this country needs and values the talents of every American.”

Only the educated are free.
— Epicectus

The figures are clear: In 2008, high school dropouts garnered median earnings of $426 per week, compared with $757 for high school graduates and $1,072 for college graduates.

Education is our passport to the future, for tomorrow belongs to the people who prepare for it today.
— Malcolm X

Worldwide the pattern has become clear that child mortality declines in proportion to the years of education that women experience. Educated women, it appears, make better choices about hygiene, nutrition, immunization, and contraception. According to a study by the Institute for Health, Metrics, and Evaluation, education accounts for 51 percent of the decline in global child mortality, the most significant influence by far.

Liberty cannot be preserved
without a general knowledge among the people.
— John Adams

Even bad times testify to the value of education. During the 2008-2009 Recession and its painful aftermath, the national jobless rate hovered around 10 percent. Here’s a closer look at that joblessness correlated with education:

During the Recession, high school dropouts on average lost 16 percent of their hourly wages, while men with post graduate degrees added 26 percent.

We cannot always build the future for our youth, but we can build our youth for the future.
— Franklin D. Roosevelt

Two-thirds of students who cannot read proficiently by the end of the fourth grade will end up in jail or on welfare. The fourth grade is the watershed year. The average prisoner has reached the tenth grade.

If a man empties his purse into his mind, no one can take it away from him.
An investment of knowledge always pays the best interest.
— Benjamin Franklin

The classroom, not the trench,
is the frontier of freedom now and forever more.
— Lyndon Johnson

Healthy doses of education help protect the brain and keep it fit. “Even with dementia,” contends Michael Kabat, a neuropsychologist at Scripps Memorial Hospital in La Jolla, California, “people with more education tend to develop it later. Nobody is exactly sure why, but what we see is that having a higher level of intellectual stimulation can have long-term benefits as you grow older.”

Education is a better safeguard of liberty than a standing army.
— Edward Everett

In the United States, about 25 percent of all people are directly involved in schools as students, teachers, or professors.

Knowledge is the most
democratic source of power.
— Alvin Toffler

We are a nation of students: 73.2 million United States residents are enrolled in schools — from nursery schools to colleges and trade schools. About one in four of us, age three and over, is a student. On any given weekday morning, something like 50 million Americans, about a sixth of our total population, will be sitting under the roof of a public school.

If you think education is
expensive, try ignorance.
— Derek Bok