Seizing These Days of Diversity 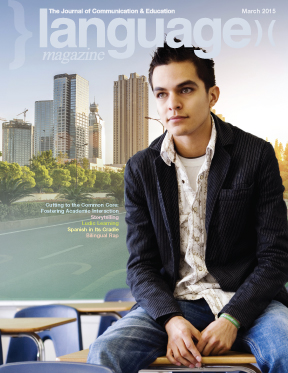 The United States is being offered an historic opportunity to embrace its diversity by radically overhauling its educational systems to reflect the cultural and linguistic makeup of its students. In doing so, the odds are that outcomes for all students will improve significantly and the American Dream of offering a transformative education to all students will be restored.

English language learners (ELLs) are the fastest-growing student segment in U.S. K–12 public schools. Having doubled to eleven million since 1999, they now account for 9% of all students — a figure which is estimated to rise to 25% by 2025. Over 60% of ELLs are in grades K–6, while 59% of secondary school ELLs are classified as “long-term English language learners,” having remained English learners for more than six years. At the moment, a quarter of all ELLs drop out of school. Such statistics are so daunting that they warrant a radical approach. We cannot afford to fail such a high proportion of our population with “more of the same.” So, it’s time to adopt research-based practices that offer such students a better chance of success by adapting to their strengths rather than focusing on weaknesses.

And it’s not only ELLs who deserve an education suited to their needs — we owe all children a “21st-century” education — that’s an education that is based upon the increasing internationalization of our society, be that as a result of migration or improved communications.

Meanwhile, more evidence emerges of the cognitive benefits of bilingualism. A few months ago, Ping Li, a Penn State professor of psychology, linguistics and information sciences, and technology, concluded after his study that “learning and practicing something — for instance, a second language — strengthens the brain. Like physical exercise, the more you use specific areas of your brain, the more they grow and get stronger.”

So, it’s hardly surprising that more and more affluent parents are seeking dual-language programs for their kids. In New York City, the number of dual-language elementary schools is set to triple within a year to attempt to cope with enormous demand — one school had 1,100 applicants for 20 places. But global competence should not be the preserve of the elite. Every child in this nation of immigrants should be encouraged to share in its international roots by integrating multilingualism and multiculturalism into the study of all subjects. And, thanks to immigration, we have the people who, with the right training, could help our schools inject this vital ingredient into their curricula.

The advent of the Common Core State Standards has, for the first time, offered us the opportunity, like it or not, to introduce global competence into our education systems at the national level. We have the human resources — teachers and students — to build dual-language programs on a national scale. We have the technology of the communications age to help; we have the demand from parents. All we need now is the will and the vision to see that this is the new education that our children deserve.

Rapping Bilingualism ’round the Nation
Kristal Bivona interviews GueroLoco — a bilingual rapper, activist, inspirational speaker who’s winning over the country with his words