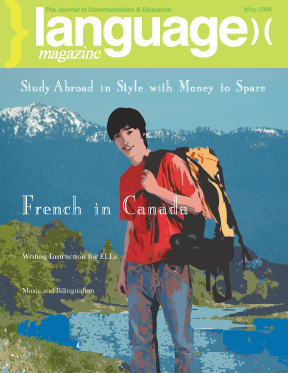 Over the last few weeks, the immigration debate has been raging across the U.S. as millions of demonstrators have taken to the streets to protest against the draconian provisions of the proposed immigration bill which the House Republicans passed in December without any provisions for legalizing undocumented workers. Although a bipartisan proposal that made the bill less offensive was defeated in the Senate, the spark has been ignited and the nation is becoming polarized into pro- and anti- immigration camps.

One of the most vociferous anti-immigration campaigners is Repub­lican Congressman Tom Tancredo, who represents Denver’s southern suburbs. Tancredo has been furious about immigration since 1975 when he was a high-school teacher and Colorado introduced bilingual education. He has since signed a pledge calling for the elimination of public schools and even suggested bombing Mecca in retaliation for terrorism. He wants to deploy American troops along the border with Mexico and hails the minutemen as “heroes.” Such views used to consign him to the fringes of political life, but they have now become so mainstream that he is even being touted as a possible presidential candidate.

Tancredo goes along with one of the most common complaints of those seeking to deport the estimated 11 million undocumented migrants (and also those nervous of Hispanic immigration as a whole) which is that these immigrants do not want to learn English and participate in the American way of life.

However, his argument that immigration is not being balanced by assimilation is fundamentally flawed — I have never met an immigrant who does not want to speak English and the statistics prove it: in Massachusetts, 17,000 people are on the waiting list for Operation Bootstrap, a community program that teaches immigrants English. In 2003, three Houston ESL programs counted 12,000 non-English speakers on waiting lists. Over half of all adult education programs are for English language learners.

America has been here before. Each immigrant wave — whether Irish, Italian, Jewish, or Chinese — has faced poverty and prejudice, clung to old ways and then shed them in a generation or two to embrace American ideals, culture, and the English language. The Hispanic migration seems likely to do the same, just on a larger scale.

We should be doing all we can to support this latest migratory wave by providing more English classes for adults, using proven bilingual education models in schools, and creating a route to legalization, so that these immigrants can succeed, pay taxes, and become Americans just like the generations before them.

Endangered Languages
Rosetta moves to save Mohawk language through technology

World Views
Domenico Maceri on the perception of Spanish in the U.S.