From the Mouths of Hawks 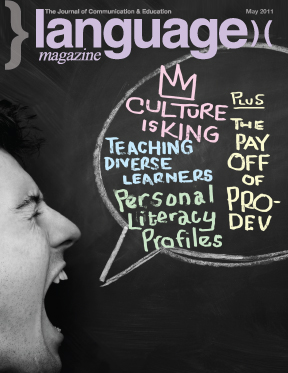 “As Americans we have access to a vast array of resources. Perhaps the most important first step we can take, as part of a National Strategy, is to identify which of these resources are renewable and sustainable, and which are finite and diminishing. Without doubt, our greatest resource is America’s young people, who will shape and execute the vision needed to take this nation forward into an uncertain future.

“We must embrace the reality that with opportunity comes challenge, and that retooling our competitiveness requires a commitment and investment in the future. Inherent in our children is the innovation, drive, and imagination that have made, and will continue to make, this country great. By investing energy, talent, and dollars now in the education and training of young Americans — the scientists, statesmen, industrialists, farmers, inventors, educators, clergy, artists, service members, and parents, of tomorrow — we are truly investing in our ability to successfully compete in, and influence, the strategic environment of the future. Our first investment priority, then, is intellectual capital and a sustainable infrastructure of education, health and social services to provide for the continuing development and growth of America’s youth.”

The source of this quotation is not the National Education Association but the Pentagon. During the first week of April, as Congress engaged in last-minute bluffs over the budget, the Pentagon issued a report entitled “A National Strategic Narrative” under the pseudonym of “Mr. Y,” a play on George Kennan’s 1946 “Long Telegram” from Moscow (published under the name “X” the following year in Foreign Affairs) that recommended containment as the key strategy for dealing with the Soviet Union. Although the report was written by two senior members of the Joint Chiefs of Staff in a “personal” capacity, it must have had some official approval which makes its argument all the more compelling.

The report argues that the U.S. has confused its spending priorities, saying that we are overreacting to Islamic extremism, under-investing in youth, and failing to embrace the sense of competition and opportunity that made America a world power. The authors fear that the nation has been increasingly consumed by seeing the world through the lens of threat, while failing to understand that influence, competitiveness, and innovation are the key to advancing American interests in the modern world.

Surprisingly, the authors bravely suggest that America relies far too heavily on its military to engage with the rest of the world instead of investing in the education of its people. In stark contrast, the Pentagon budget has almost doubled in the last decade while spending on education and other so-called social services are increasingly coming under attack.

Although language education is not specifically mentioned, the report concludes with a call for America to look forward in today’s interconnected world, claiming that we have misunderstood interdependence as a weakness rather than recognizing it as a strength, and that the key to being competitive is credibility which requires “engagement, strength, and reliability — imaginatively applied through the national tools of development, diplomacy, and defense.”

Last month’s federal budget compromise cut $8 billion in funding from the State Department and the U.S. Agency for International Development. In Los Angeles, Calif., over five thousand teachers have been issued layoff notices. Education budgets are so tight across the nation that we are being led to believe that language education is an unaffordable luxury while those in the know see international engagement as the one necessity in which we need to invest. Know­ledge of world languages and cultures is a prerequisite to international engagement so let’s follow this advice from the frontline and divert just a small fraction of defense spending to the education we need to communicate, understand, and engage.

Last Writes
Richard Lederer with a Tribute to Teachers