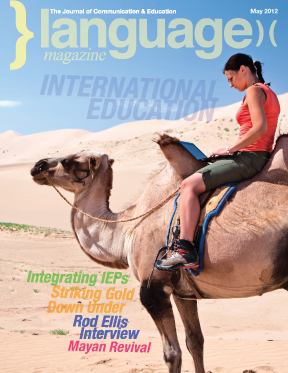 In our increasingly interconnected world it seems like we know what’s happening the world over. Cable news, social media, YouTube give us a sense of being there from the comfort of our own sofas, yet they only scratch the surface. Today’s students will be expected to function on an international level without adequate preparation. Everyone who has studied overseas agrees that it is an experience that fundamentally changes your world perspective. The privilege of living and studying overseas should be afforded to everyone who is prepared to take the plunge.

For many, the idea of studying overseas seems little more than a pipe dream. However, even during these times of economic restraint, studying abroad may be much more affordable than expected, making it accessible to most students, especially if they are multilingual.
Traditionally, the semester abroad in Paris, Madrid, or Florence has been reserved for more affluent students. But, as college tuition fees continue their inexorable rise in the U.S., the additional costs involved in semester abroad programs seem to matter less, and the option of taking a full undergraduate program overseas is becoming more attractive.
Degree programs in the UK have always been a popular choice for Americans, and with good reason – there are no language issues, they are generally of a high standard, and the qualifications are widely-recognized on this side of the pond. However, it’s not a cheap option. Even though tuition fees for overseas students, at around $20,000 a year, are affordable compared to the more expensive domestic options, the high cost of living in Britain adds to the bill. Australia is another exciting alternative.

Bargain tuition rates at non-English medium schools open up a whole new world of possibilities. Suddenly all those French or German classes look like a wise investment when you see that annual tuition rates for international students average out a little over $1,000 a year. Of course, living costs in both countries are high which will cut into the savings.
Hispanic parents who persevered with ensuring that their kids retain Spanish will be tempted by Spain’s university tuition rates of about $4,000 a year for international students, especially since the cost of living is relatively low for Europe (see April 2012, p39). South America also has a fine academic tradition and fees will only set you back $2,500 a year at the most prestigious schools. Closer to home, Mexico’s public universities charge non-citizens less than $1,000 a year – they may be crowded, but they do produce Nobel Prize winners, and the dollar goes a long way south of the border.

Forward-thinking learners and heritage speakers of Chinese would do well to consider a program at Peking or Tsinghua University. Both are ranked in the top 50 world schools yet only charge about $5,000 for a year’s tuition. Japanese and Korean fees are similar.

Now, before you raid the college fund, there are some drawbacks. It will be considerably more difficult to find a loan to study abroad. Professional qualifications earned overseas are unlikely to be recognized here and some employers will insist on homegrown talent from universities that they know. Standards and conditions vary at educational establishments worldwide, so due diligence is essential. Also, take into account that degrees from American universities are the most highly-prized in the world, so a semester abroad within a U.S.-linked program does make a lot of sense.

Nonetheless, taking an undergraduate program overseas should be considered for financial reasons and for other opportunities it may afford. Globalization is likely to accelerate in the internet age and our traditional paradigm of college education is bound to adapt to that. Employers are increasing the value they place on international experience and, in terms of self-development, the experience of studying abroad is priceless.
.

Interview with Rod Ellis
Answers on the line between research and practice, and task-based teaching

Striking Gold Down Under
Kristal Bivona shares her experience of the English immersion destination that lives up to the promise of its name: The Gold Coast

Travel Guiding
There has never been such a variety of ways to learn away from home, so Language Magazine offers some suggestions

Last Writes Richard Lederer and the humanness of language