How International is Your Education? 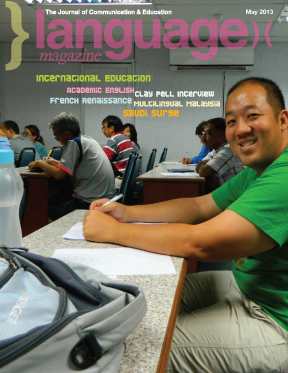 There’s a general consensus that international education is a good investment and that we should be doing whatever we can to encourage young people to study abroad. However, the extent to which educational institutions should change their policies to cater to international students needs to be examined, especially if such changes impact local students and “water down” the study abroad experience.

The French government has just proposed a bill to help attract the world’s smartest students to its universities. The reforms are meant to improve the experience of international students in France and open possibilities for them in the country’s job market.

“International students and researchers represent an asset for France. The way we welcome them in our country is very important for France’s academic and scientific influence, but also for our economic competitiveness,” proclaimed Higher Education Minister Geneviève Fioraso.

Despite Fioraso highlighting French-language lessons for students from non-French-speaking countries, there is considerable opposition to the idea that universities teach programs in languages other than French — notably English. Under legislation passed in 2000, it is currently compulsory to teach university courses in French except in clearly defined cases — foreign language studies, or if the education is given by a visiting foreign academic. Examinations and thesis presentations must be in French.

The new act will allow universities to teach in other languages — which, everyone understands, means in English — when courses are part of an agreement with a foreign or international institution, or part of a European program.

Presidents of French universities and of the country’s grandes écoles support amendment of the restrictive law, which they have complained is a strong impediment to attracting the best international students to France, especially those from China and India. But the Académie Française has issued a declaration against the “attack on the status of the French language in universities.” It wished to “draw attention to the dangers of a measure which is presented as a technical application, while in reality it promotes marginalization of our language.”

For years, universities and colleges across continental Europe, particularly in Scandi­navia and Italy, have offered programs in English. The rationale behind the programs in these two regions has been very different — the Scandinavians do it for their own students in recognition that their languages are not globally useful, while the Italian reason is to attract thousands of international (including 30,000 American) students.

Teaching in English may boost international student numbers, but will those students get the real study abroad experience? Of course, American students who go to the UK or Australia have incredible experiences without the language question, but how much of France can a student experience without speaking French? While we should encourage study abroad, we must be careful to try to preserve authentic experiences, in local languages, so that students can best integrate with and best understand their international peers.

La Renaissance Mapping the resurgence of French in America