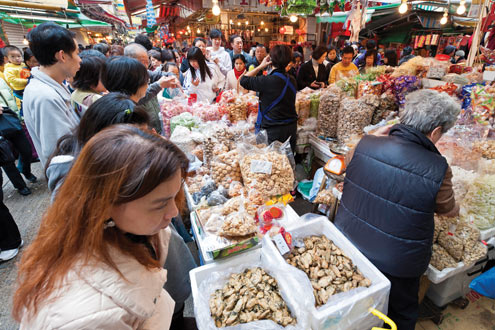 “Children learn languages with no effort at all…”

I’ve heard variants of that statement throughout my career, and it never ceases to stun me. First, the assumption that, behind their beautifully innocent faces, the mind of a child is not furiously at work unraveling the mysteries and complexities of human language is, I’m afraid, to utterly shortchange their innate cognitive gifts. Secondly, the statement is almost always made in contrast to adult learners (often the speaker him/herself) as a ready excuse for not putting forth more effort towards increasing proficiency in a foreign language. “I’m just too old… Maybe if I had started as a child…” Sound familiar?

This old chestnut has its roots in a misrepresentation of what is known as the “Critical Period” for language learning. This hypothesis does postulate that, at some point, a child’s mental plasticity will harden, and, if they are not exposed to language input before this point, they will never attain a native command of the language. The original theory, however, was applied to first language acquisition. To argue as to the existence of a Critical Period for second language acquisition (SLA), it is first necessary to define terms carefully. The prevalent myth that L2 learning is “easier” at earlier ages has caused some uninformed people to excuse their monolingual state in saying that they are “too old to learn a second language.” This is clearly false, as examples of people learning L2s late in life abound globally. There is often confusion over claims of relations to age and L2 learning success. Much of the uncertainty is due to variance in the measure of L2 “success.” Does this success refer to the initial rate of learning or to the ultimate achievement in the L2? Contrary to popular opinion, the edge in initial L2 learning goes to adults (Saville-Troike, 2006). Consider, for a moment, if a monolingual-Anglophonic father and son, 30 years old and five years old respectively, go to live in Italy. From the moment of arrival, the father is likely to attempt communication in the L2. Within a couple weeks, if he tries, he will be able to put together a few phrases. In the meanwhile, the son is unlikely to produce a single word in the L2. However, if they stay two years, at the end of that time, the father will still speak imperfect Italian whereas the son will likely have a conversational capacity similar to seven-year-old Italian natives. Thus the son seems to have an advantage when it come ultimate achievement. Why does the father lose out over time? This may seem to support the idea of CP, but herein I will give arguments against the traditional (physiological) CP model, and instead propose an alternative explanation.

In 1967, Eric Lenneberg popularized the idea of a critical period for L1 development. Further inquiry, especially in the tragic case of “Genie” (Curtiss, 1977), consistently pointed towards the existence of a “cut-off” point in age beyond which, if a learner was denied sufficient L1 input, the leaner would never develop full-competence in L1. Lenneberg also proposed that the critical period could apply to SLA as well, thus explaining the prevalence of “foreign accents” amongst people who acquired L2 later in life. He proposed that post-adolescent loss of brain plasticity reduced the adult ability to acquire L2. Likewise, Penfield and Roberts (1959) claimed that up to the age of nine, children would be able to master up to three languages. Oyama (1976) found that the earlier a learner begins a second language, the more native-like the accent he or she develops. The problem with a “strong” theory of CP existence is that some adults (albeit a minority) certainly DO gain native-level fluency in L2. While it is quite likely that most people will never gain native-like mastery of the L2 if they begin study post-adolescence, it is hard to characterize the SLA CP as an innate part of brain structure if there are commonly occurring exceptions. There is also some debate as to when exactly this critical period would begin. Seliger (1978) and Long (1990) propose multiple periods which constrain different aspects of L2 acquisition (i.e., one CP for phonology, and another for syntax). Furthermore, there has been no discovery of a “drop-off point” where native ability stops. Rather, studies have shown a steady and linear decline in ultimate achievement corresponding with the age beginning study.

While the subject of whether children and adults learn L2 in the same way is the subject of some debate, we can certainly find that the conditions of learning are not the same for children and adults, giving unique advantages and disadvantages to each group. Younger learners have advantages such as of brain plasticity, fewer inhibitions, and a weaker sense of group identity; older learners have a higher learning capacity, analytical ability, can apply background knowledge, and can apply their (developed) knowledge of L1 (Saville-Troike, 2006). Walsh and Diller (1978) proposed that the neural cells responsible for higher-order linguistic processes such as understanding semantic relations and grammatical sensitivity develop with age, and that thus, adults actually have superior-level L2 learning capabilities.

We are thus left in a quandary over the existence of CP. On one hand, we see that potential L2 fluency does typically decrease as the age of beginning L2-study increases. On the other hand, we see (rare) examples of adult learners who, despite a late start, nevertheless manage to master L2. We also see evidence which suggests at its face that adult learners start with tremendous advantages over their younger counterparts. It is difficult to conceptualize the CP as being a physio-neural in nature, otherwise it seems it would be more universal. If this CP were merely a result of the loss of pre-adolescent brain plasticity, there would be a “sudden drop-off point” in L2 final-state corresponding with puberty, but this is not what we find.

If we look at successful adult L2 learners, two traits seem to be common, if not universal. Adults who master the L2 to the point of L1 proficiency typically have either high motivation, a high desire to integrate into the TL-speaking group, or a combination of the two. When I say highly motivated, I am not talking about someone who “likes” the language, or even someone who needs it for their job. The only motivation that seems to drive people towards perfect development of the TL structures is if life itself depends on their mastery of the TL. Thus, for most people this is irrelevant. If I speak Spanish with an American accent, there are no dire consequences for me, however a Cold War era spy could potentially be executed if one’s accent betrayed national origin. Thus, this motivation is not very common outside of military scenarios. The more common factor which might explain successful adult L2 acquisition is integrative drive. There have been countless articles linking integrative-willingness to L2 ultimate achievement (e.g., Clément, 1980; MacIntyre, Dörnyei, Clément, & Noels, 1998; Schumann, 1978). Learners who highly desire to integrate into, and be accepted by, the TL group will achieve much higher levels of TL proficiency than those who see themselves as “outside” the TL group. This indeed seems to be the case for every person I’ve ever known who mastered an L2 having started post-adolescence.

What I would like to propose is a new way of looking at the SLA Critical Period. Instead of looking at it as a physiological or neurological condition, I would like to suggest an “Affective-Integrative Critical Period” for second language acquisition. The basic idea is thus: as a learner ages, the sense of self-identity becomes more rooted in the L1. This causes the learner to become increasingly less likely to desire complete integration (assimilation) into the TL group, and raises the level of negative affective factors for L2 encounters. This seems to fit well with existing theory. It complements Krashen’s Affective Filter Hypothesis (1978), as well as with the body of research on intrinsic/integrative motivation in SLA. This would also allow for highly motivated learners (e.g., people with “romantic reasons”) to master their respective L2, and explain some of the “quirks” of L2 study (e.g., why some people “master” one L2, and then fail to master another, even given the same amount of effort and exposure).’

In conclusion, the Critical Period Hypothesis does not seem to adequately explain the rarity of successful adult L2 learners. The model proposed seems to have an intuitive appeal to it, and bears further study (it certainly deserves more investigation than can be reasonably attained during the course of this assignment). If there is a critical period, but for socio-cultural rather than physiological reasons, we may be able to take corrective action at instilling students with a higher sense of L2 integrative-willingness.

Clay Williams received a doctorate in Second Language Acquisition and Teaching from the University of Arizona. He has worked as an assistant professor of English for Academic Purposes at Akita International University (Japan) since 2010. His research interests include word processing and recognition, cross-scriptal effects on L2 literacy acquisition, and cross-cultural teaching pedagogy.