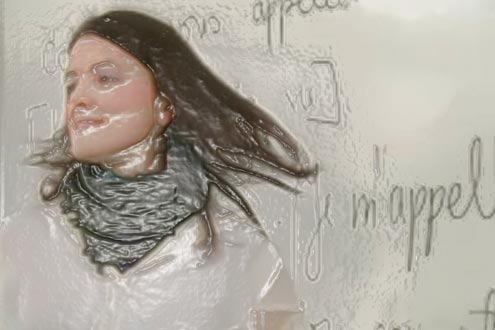 Else Hamayan reflects on the separation of languages of instruction

Since the inception of the most prominent dual language programs in North America — French immersion programs in Canada — there has been a perceived need for clear and sustained separation of languages during instruction (Fortune & Tedick, 2009). Adherence to the separation rule still has a stronghold on teachers, making many of us feel guilty or inadequate when we switch to the students’ more proficient language in the classroom (Cook, 2001). These feelings may be especially strong among teachers who are non-native speakers of the target language (Tang, 2008). I must confess: I am a code-switching addict. Whenever I know that I share more than one language with my communication partner(s), I mix those languages with abandon in social settings, but much more carefully, and sometimes with a little guilt, in instructional contexts.

The answer to the question of whether to separate or integrate the two languages of instruction is: yes and no. The explanation for this seemingly contradictory statement is that there are compelling reasons both for adhering to the language of instruction and for explicitly planning for language transfer within a particular lesson.

Reasons for keeping the languages of instruction separate
One of the most compelling reasons for separating the languages of instruction is the fear that encouraging the use of both languages is going to favor the more proficient language, typically the home language. This is especially true when the home language is the language of the majority and the language of power in the larger society (for example, English in the U.S.). Research does show more English language use by learners in French immersion programs in later grades and shows a decrease in the accuracy of pronunciation and correct usage of French around fourth grade (LaVan, 2001; Tarone & Swain, 1995).

A related reason for adhering to the assigned language of instruction is the fact that the patterns of language use in the classroom affect the linguistic goals of a dual language program. When we use a language more frequently, we encourage the development of that language. Also, when we use a language for certain purposes and not others (for example, switching to English for comforting, or switching to Spanish when reprimanding), we implicitly assign a certain status to that language. We must be especially careful in the United States, for example, when we switch to English for the more “important” or crucial communications because English already has a higher status in the larger society. If anything, it is the other language that must be elevated. Even unintentional use of a language outside of its allotted period can have a significant effect on the overall proportion of time that each language receives. Patterns of language use can sabotage a program’s language allocation goals by changing the amount of time learners are exposed to or use each language (Hamayan & Hilliard, 2003).

Reasons for integrating the two languages in the classroom
The primary reason for integrating the two languages is that moving between languages helps learning. When the teacher plans and guides this movement, it becomes possible for learners to access the full range of resources they have available to them in their two languages (Beeman & Urow, in press; Cloud, Genesee & Hamayan, 2009; Cummins, 2000; Mora, in press). This movement between languages has been called “cross-linguistic transfer” and happens when specific knowledge and skills in one language are used in another language and when general strategies from one language are used to figure out the meanings of new words or text in the other. Engaging in this transfer not only helps comprehension, but it also develops metalinguistic awareness, a valuable skill that contributes to the development of literacy.

What determines whether we switch languages or not?
Given that there are good reasons for both separating the languages of instruction and for allowing both to enter the classroom at the same time, the question is: “What to do?” We need to proceed with premeditation by considering the following factors:
• The social context of the conversation: Code-switching is a rich form of communication that allows us to say things quickly and colorfully in social settings. We code-switch with adults and children who are more or less equally proficient in their two languages. In other words, when informal communication is the primary goal of a conversation, there is little reason for keeping the languages separate.
• Which language we are switching to or away from: Because of the status and power that the language of the larger society holds, we must be especially careful switching to that language (English in English-speaking countries or the dominant language of the country in other settings), and increasing its usage. There is a tendency for the language of power to take over and for use of the less dominant language to erode within the school community.
• The time allocation model: In 90/10 or 80/20 models, switching to the dominant language (English in English-speaking communities) once in a while still leaves enough “legroom” for the other language. But in 50/50 models, any movement away from the non-dominant language can result in insufficient support in that language.

Keeping our own languages separate, however, does not mean keeping the students from switching languages. Teachers need to feel comfortable letting students use their language of choice in cooperative group activities, but they must require the final product to be in the language of instruction. Thus, while allowing students to use their more proficient language with each other and to process their own knowledge, we must try whatever strategies work for us to compel students to use their non-proficient language (see LaVan, 2001). We must be strategic about this code-switching rather than letting it be a matter of convenience (Cook, 2001). In fact, we must go one step further and plan for cross-linguistic transfer by incorporating specific cross-linguistic transfer objectives into instructional plans and set aside a specific time for that transfer to happen.

The Bridge
Beeman and Urow (in press) refer to this set-aside time as “The Bridge,” where strategic use of the two languages is planned for the student. The bridge is the period during the lesson or unit where students are instructed in how to transfer what they have learned and stored in one language into the other language. While elements such as cognates and word endings may be part of the bridge, the specific focus is determined by the lesson’s content. After a lesson on photosynthesis, for example, the bridge activity would highlight the cognates dealing with photosynthesis in English and the target language. In a lesson on community helpers, on the other hand, the teacher would draw attention to the fact that while nouns in Spanish have gender, English nouns do not.

This planned set-aside time allows the teacher to guide the cross-linguistic transfer in a way that is most helpful to the student for the particular academic content being studied. In addition, not all students seem to access their more proficient language effectively (Tang, 2008). By dedicating classroom time to this cross-linguistic activity explicitly and regularly, all students gain from their language resources.

Conclusion
To ensure both separation and integration of the two languages of instruction:
• Develop an awareness of and monitor your own language use in the classroom.
• Keep your own languages separate as much as possible.
• Encourage students to work in their preferred language, but require the product to be in the language of instruction, creating the need to practice and prepare before submitting a product orally or in writing.
• Write cross-linguistic transfer objectives for each lesson or unit.
• Set aside a short amount of time in each lesson for that transfer.
As adults, we use all of our resources to enhance our chances of succeeding. We must allow students the same opportunities. For those learners who naturally rely on their stronger language, we must value their efforts. For those who, for whatever reason, do not naturally cross linguistic barriers to make their learning easier, we must show them ways to do so. And we must resist the temptation of switching from one language to the other ourselves, porque simplemente, no sirve. ¡Ay caramba!

Else Hamayan ([email protected]), an education consultant currently residing in Argentina, helps schools in the U.S. and Europe with dual language and bilingual program development. She is currently working on a book entitled Dual Language Education from A to Z.