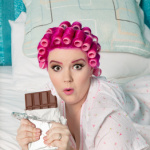 Learning new words stimulates the same brain center as such long-proven means of deriving pleasure, as having sex, gambling or eating chocolate, according to a new study published in the journal Current Biology.
A team of researchers at Barcelona’s Bellvitge Biomedical Research Institute and Germany’s Otto von Guericke University Magdeburg has found that successful learning of the meanings of new words activates the same core reward center in the brain as chocolate, sex, and drugs. The ventral striatum is a part of the brain activated by positive emotions.
“The purpose of the study was to find out to what extent learning a language could activate these pleasure-and-reward circuits,” study author Antoni Rodríguez Fornells told La Vanguardia, Barcelona’s top Catalan newspaper. “From the point of view of evolution, it is an interesting theory that this type of mechanism could have helped human language to develop,” added Rodríguez Fornells.
To get these results, the scientists gathered 36 adults and conducted two magnetic resonance imaging (MRI) scans. They showed that both language-based and gambling-like tests activated the same parts of the brain.
The researchers claim the findings could help explain the drive for the development of human languages, as well as individual motivation in studying of foreign languages.
“We suggest that this strong functional and anatomical coupling between neocortical language regions and the subcortical reward system provided a crucial advantage in humans that eventually enabled our lineage to successfully acquire linguistic skills,” the authors wrote.
From our very first years, we are intrinsically motivated to learn new words and their meanings. First language acquisition occurs within a permanent emotional interaction between parents and children. However, the exact mechanism behind the human drive to acquire communicative linguistic skills is yet to be established.
What’s more, the study could also promote new treatments for people with disorders connected with language learning.
Traditionally, the process of learning of a new language has been associated with an increase in the number of connections between neurons, but it wasn’t proven that emotions are also involved.
The researchers also found correspondence between the level of myelin index, which measures brain’s structure integrity, and the number of words acquired. The experiment participants with higher level of myelin were able to learn more new words.
“The Role of Reward in Word Learning and Its Implications for Language Acquisition” is available to paid subscribers.