Is Spanish Just an Immigrant Language? 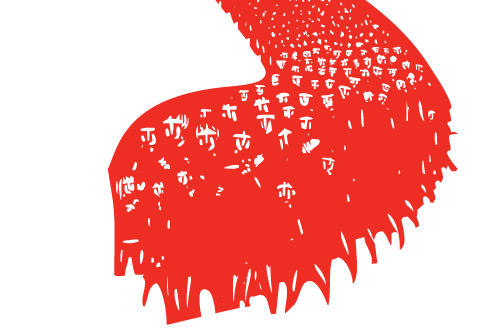 Domenico Maceri questions the status of Spanish in the U.S.

“Spanish, obviously, because we have a lot of Spanish-speaking people in our country.” That’s how Hillary Clinton responded to a question by Rachel Maddow of MSNBC about what language she would learn if she had the time.

It’s an easy answer in many ways, because the number of Spanish speakers in the U.S. has increased to nearly 41 million. This would make it the fourth-largest Spanish-speaking country in the world, after Mexico (121 million), Colombia (48 million), and Spain (46 million). Yet 22 million of these Spanish speakers are bilingual and can speak English “very well,” while only 16 million stated that they don’t speak English “very well.”

The high number of Spanish speakers in the U.S. causes some to feel that they are living in a bilingual country. That is true only at a basic level. English is by far the dominant language of the country, although attempts in Congress to declare it the official language have failed. Indeed, it’d be impossible to succeed without knowing English. No American university offers programs to become a lawyer, a doctor, an engineer, or a member of another profession in Spanish. It’s true that Spanish is extremely visible in business, government, and education. Yet to be successful in the U.S., one needs to know English very well. Two Latinos, Marco Rubio and Ted Cruz, are running for president. They owe their careers to the English language, although Spanish has been helpful, particularly in the case of Rubio.

Spanish in the U.S. is fundamentally an immigrant language not very different from any other. Its survival in the U.S. depends therefore on the continuous flow of immigration from Spanish-speaking countries, particularly from Mexico. And here is the rub. According to a study by the Pew Hispanic Center, immigration from Mexico last year reflected a “net zero,” because more immigrants are returning to their country than coming to the U.S.

The reasons are varied. The fertility rate in Mexico has decreased considerably in the last several decades. In the 1960s, the average Mexican woman had seven children, but currently the figure has gone down to 2.2. This decrease in population growth obviously reduces the competition for jobs. The Mexican economy has been improving, and the appeal of leaving for the green grass across the northern border has lessened. In addition, coming to the U.S. has become extremely difficult. The increased control at the border has made it virtually impossible to get into the U.S. without the use of a smuggler, which can cost several thousand dollars.

As immigration from Mexico goes down, the same happens to the vitality of the Spanish language in the U.S. Spanish speakers increasingly integrate, and their forebears’ language will eventually become a faint memory, as has happened with other immigrant languages.

Whatever happens, Spanish, with more than 450 million speakers, is the number two language in the world after Mandarin. Knowledge of Spanish is thus very valuable. Americans already realize it. More than 10 million of them are studying Spanish in schools and colleges, making it the number one foreign language by far. Those Americans not familiar with Spanish would be smart to start learning it. It will be beneficial now and in the future.

Domenico Maceri is a freelance writer living in San Luis Obispo. Some of his articles have won awards from the National Association of Hispanic Publications.