Speaking in Our Defense 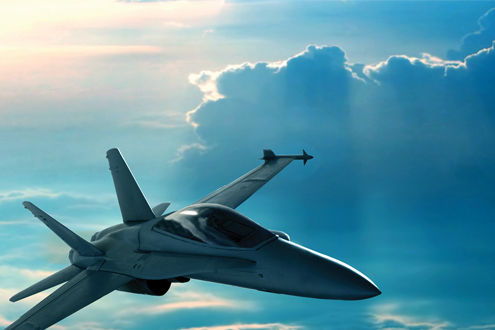 “For last year’s words belong to last year’s language. And next year’s words await another voice,” wrote T.S. Eliot. This is figuratively and literally the case for the Defense Language and National Security Education Office (DLNSEO), which has just celebrated its first official year as an office within the Department of Defense. The year’s conclusion brings with it a sense of reflection and the promise of a new year to come.

“The Defense Language and National Security Education Office provides strategic direction on foreign language and cultural policy, planning, and programs for the Department of Defense,” said the office director, Dr. Michael Nugent. “In addition to leading DoD policy and planning in this area, our office oversees ten language and cultural initiatives designed to attract, recruit, and train a future federal workforce skilled in languages and culture to work across all agencies involved in national security.”

This past year, DLNSEO has augmented the nation’s and Department of Defense’s language skills through a number of initiatives and products. The National Language Service Corps, a civilian corps of U.S. citizen volunteers with certified proficiency in languages important to U.S. security and welfare, grew from 2,407 to over 4,000 members speaking over 260 languages. The National Defense Authorization Act of Fiscal Year 2013 transformed the National Language Service Corps from a pilot to a permanent program and also enhanced the ability of federal agencies to hire National Security Education Program awardees that possess strategic foreign language and cultural skills.

A brand new initiative for K-12 was instituted in 2012: the Strategic Foreign Language Expansion Program. This program is a partnership with the Department of Defense Education Activity to strengthen foreign language education at military-connected schools. This year, six schools were awarded grants, impacting over 24,900 students. Superintendent Valerie Truesdale, representing an awarded school district, stated, “With countries and cultures more closely connected every day, it’s vitally important for students to have access to quality foreign language programs at all stages of their educations.”

Other significant activities include completing the Capabilities Based Review, which produces a Strategic Language List that guides the department’s financial incentives to speakers of strategic languages; winning the Serious Games Award for the Cross-Cultural Competence Trainer mobile app; creating Virtual Cultural Awareness Trainers for South America, Southeast Asia, Hispaniola, and Central America; testifying before Congress regarding the status of the Department of Defense’s language, regional, and cultural capability; and launching the first basic Foreign Area Officer Course, which provides military officers language sustainment and enhancement training.

Last year’s activities “belong to last year’s language,” and the promise of 2013 lies ahead. The organization intends to focus its efforts in 2013 on culture policy and products, language assessments, development of language sustainment programs, regional alignment, and ensuring that the appropriate levels of strategic language capability are available within the Department.