The Ableism of Everyday Language 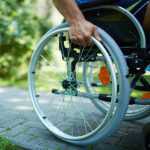 Microaggressions are defined as “brief, everyday exchanges that send denigrating messages to certain individuals because of their group membership.” This definition comes from psychologist and professor Derald Wing Sue, who re-popularized the 1970s academic phrase in 2007. People perpetuating these microagressions often do so without any intention to offend and are unaware of any harm caused, as the acclimation to indirectly oppressive language happens below the level of awareness of even well-intentioned members of the dominant culture. These small phrases can perpetuate the casual degradation of any marginalized group. The term microaggression is most commonly associated with race and ethnicity, but eventually branched out to gender and sexuality, resulting in active campaigns against phrases such as “man up,” “run like a girl,” or the use of the word “gay” to describe something in a negative light. Similarly, there is a slew of casual phrases that subtly belittle and exclude the physically disabled. When someone is “upstanding,” “upright,” “straight as an arrow,” or brave enough to “stand up” for what they believe in, this is perceived as overwhelmingly positive, while “crooked” or “twisted” individuals are left “without a leg to stand on.”

Jessi Elana Aron, an Assistant Professor at the University of Florida, wrote about the linguistic slights towards the physically disabled, saying, “Though it may seem easy enough to rid ourselves of the language thought of as offensive at a given moment in time, a glance at the history of such terms makes it clear that erasing words will not erase the social structures behind them.” Aron conducted a study on the history of the word “lame” and its journey through what Steven Pinker calls, “the euphemistic treadmill.” The word “lame” was previously used to describe a limp or physical disability, but Aron notes that “lame now describes someone who is ‘inept, naive, easily fooled; spec. unskilled in the fashionable behavior of a particular group, socially inept’.” Users of the word in this new sense often say that it is detached from its original meaning, but Aron argues that these new meanings aren’t random. The new definitions of words that go through a cycle of semantic bleaching retain reflections of harmful social perceptions and associations perpetuated by the original meaning.

Aron concludes with a quote from a 1967 Saturday Review editorial: “Language […] has as much to do with the philosophical and political conditioning of a society as geography or climate […] people do not realize the extent to which their attitudes have been conditioned to ennoble or condemn, augment or detract, glorify or demean. Negative language inflicts the subconscious of most […] people from the time they first learn to speak. Prejudice is not merely imparted or superimposed. It is metabolized in the bloodstream of society. What is needed is not so much a change in language as an awareness of the power of words to condition attitudes.”